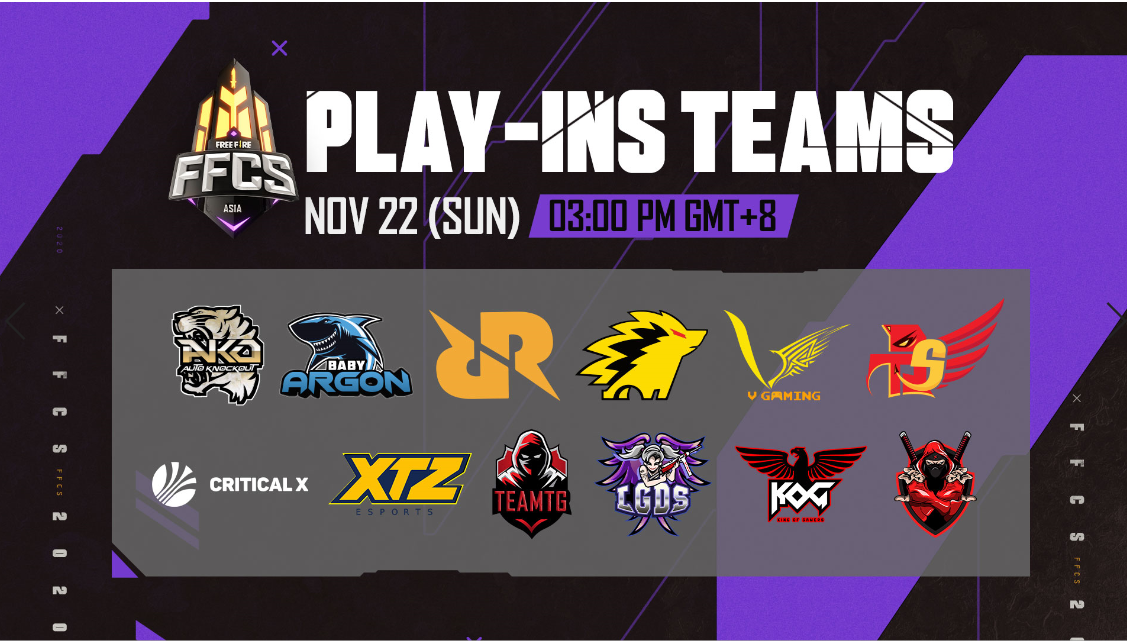 19 November, 2020 – Free Fire’s flagship international tournament for the year, the Free Fire Continental Series (FFCS), kicks off this weekend with the Play-ins! A number of Grand Finalists for each the tournament’s three series – the Americas Series, EMEA Series, and Asia Series – have already been determined, with each region’s top seeds having earned direct entry into the Grand Finals on 29 November; the Play-ins this weekend will feature the rest of the seeds as they compete for the limited remaining spaces. Fans can also get in on the action via the tournament livestreams and FFCS-themed in-game events and rewards. 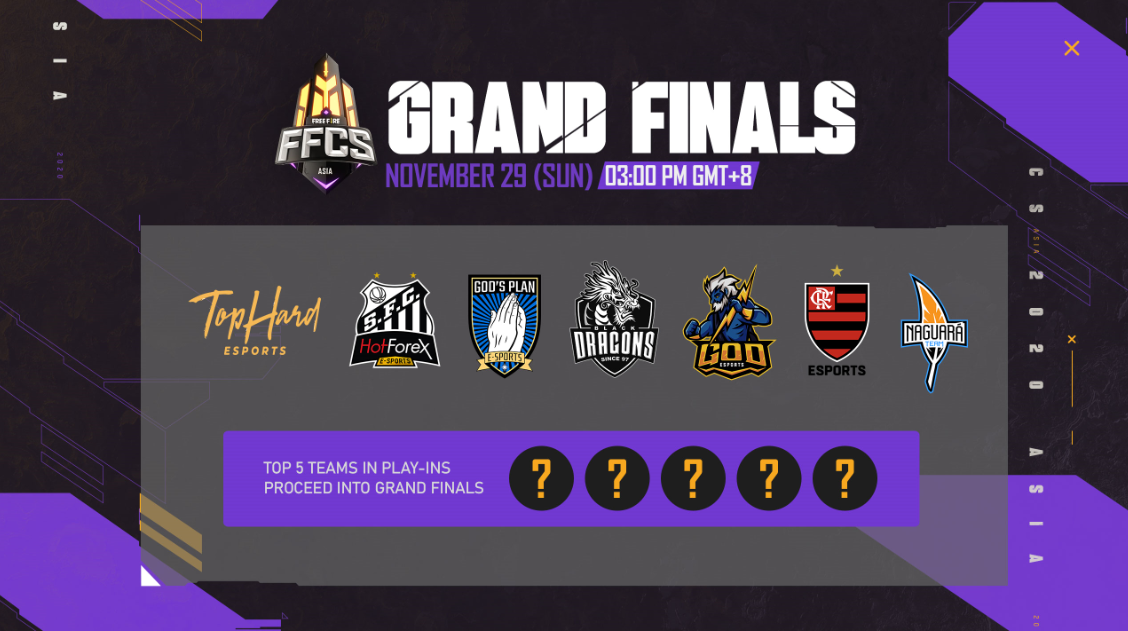 Each series will offer Free Fire and esports fans tantalising match-ups as their favourite local teams go up against their regional rivals. Fans will be able to catch all of the matches live on BOOYAH!, Discord, Garena Live, and YouTube, which will be accompanied by live commentary in 10 languages – Arabic, Bahasa Indonesia, English, Hindi, Mandarin, Portugeuse, Russian, Spanish, Thai, and Vietnamese. 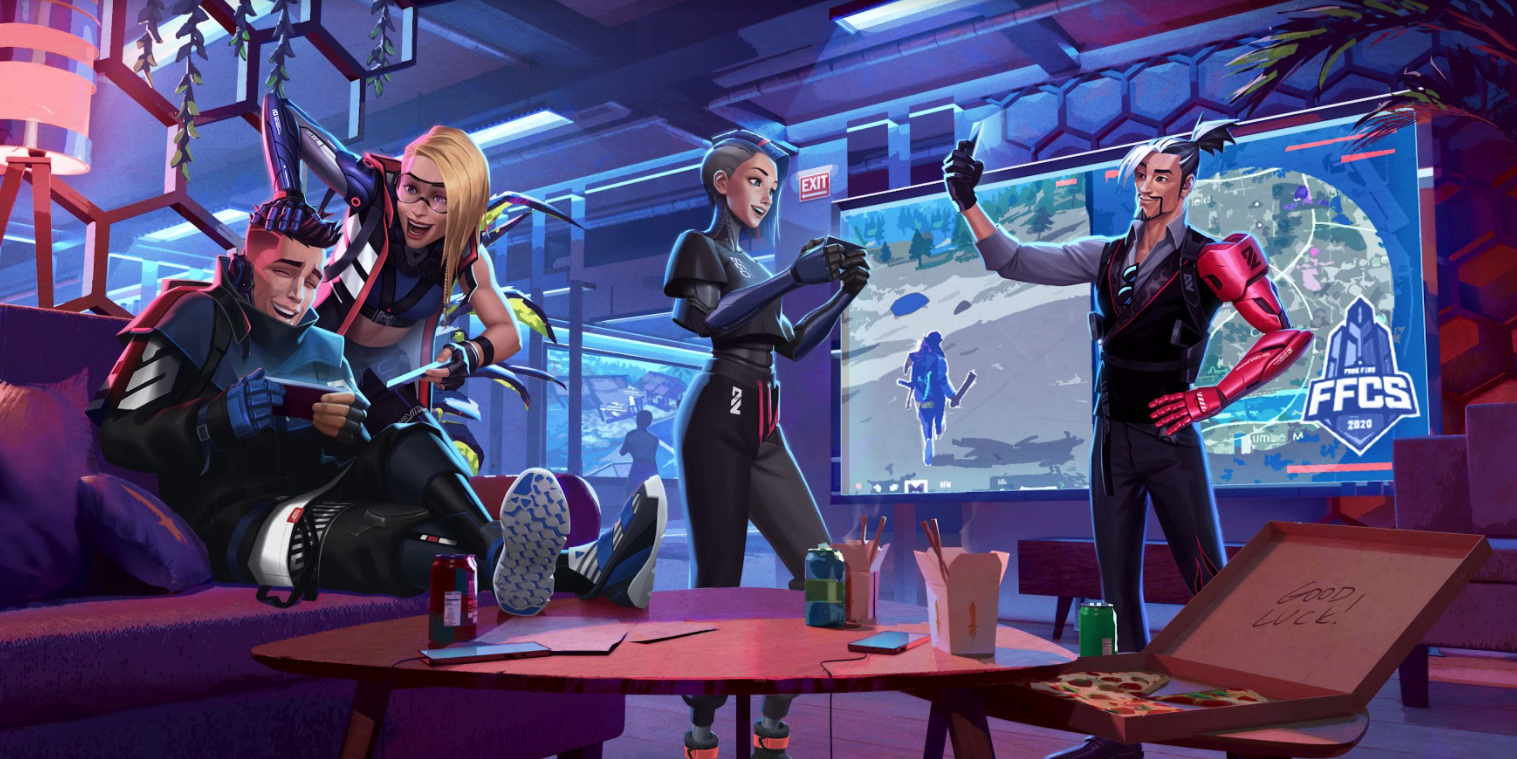 Players will also be able to join in the action in-game. From 20 November, players can get a taste of the tournament experience with the #UndefeatedSquad in-game event, which will invite players to squad up in teams of four and complete missions for rewards.

The Free Fire main interface will also undergo a massive revamp to introduce a host of FFCS-themed events and rewards. Participating players will stand a chance to win exclusive FFCS skins and collectibles.

The tournament Peak Day will take place on either 28 or 29 November, which would depend on the date of the Grand Finals for each region – 28 November for the Americas and EMEA Series; 29 November for Asia Series. More details on that will be released in the coming days.

All three series will follow the same competitive format across both stages of the tournament. Teams will battle over 6 rounds, across 3 maps: Bermuda, Purgatory, and Kalahari, with points awarded based on round ranking and the number of kills.

Garena is the leading game developer and publisher in Southeast Asia, Taiwan, and Latin America, and has expanded into other fast-growing markets globally.

For more information on Garena, please visit https://www.garena.com. To find out the very latest on Free Fire, head down to https://www.facebook.com/FreeFireUS.