After a long wait, the Free Fire India Championship 2021 Fall finally kicked off yesterday. A lot of unexpected teams surprised us with their performances. Teams that are new to the circuit proved to everyone that the reign of the people on top can be threatened. If you missed the action yesterday, this recap is for you.

Total Gaming Esports are the defending champions. Not only did they win FFIC 2020 Fall last year, but also won the recently concluded FFPL. They not only have a legacy to defend in FFIC Fall, but also are in good form. With a great history to relive, Total Gaming Esports ensured a bright future too by winning the inaugural game of the tournament.

Aura Gaming Esports comes close, but don’t get their cigar… not yet.

In Game 3, history repeated itself; Aura Gaming Esports had to settle for silver once again. They were in a heated battle against Blind Esports. Just when things started to swing in the favour of Aura Gaming Esports, a devastating grenade from BLD - Nivesh knocked out two of their members. The tables turned in a matter of moments and Blind Esports won the game. This must have been frustrating for Aura Gaming Esports. They took silver three times in a row. 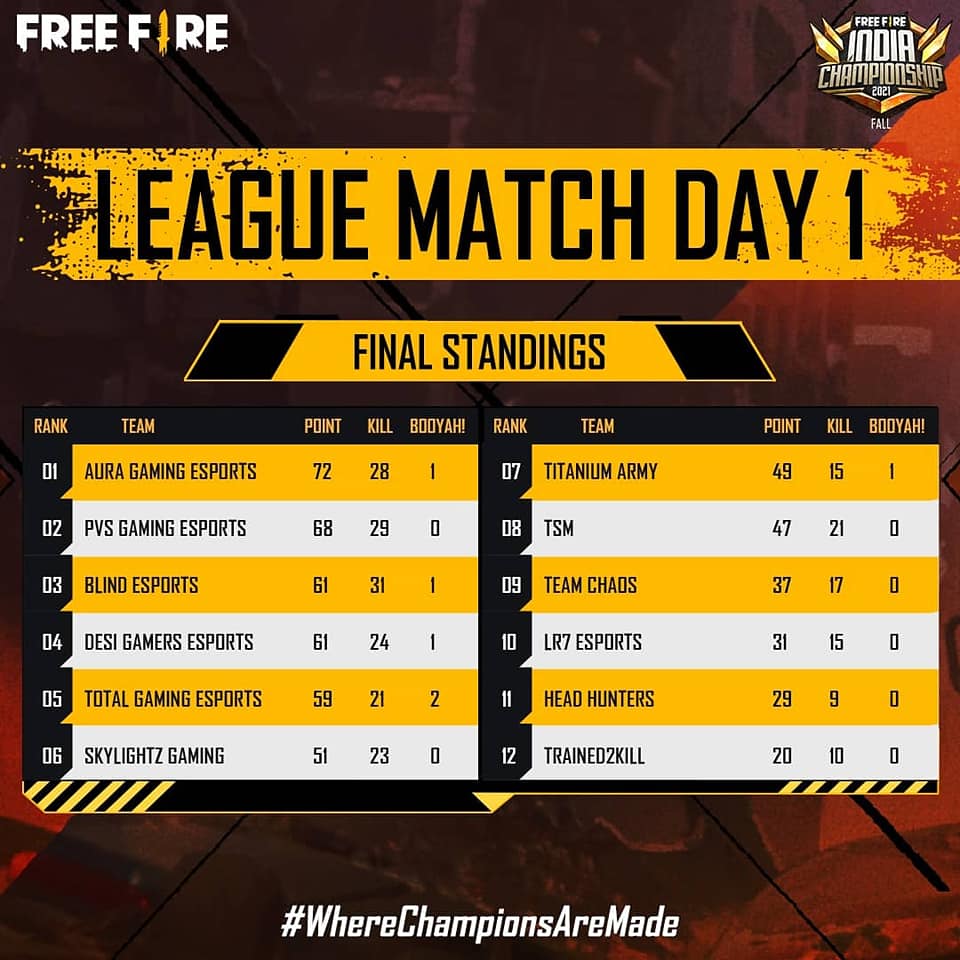 The only better combo than Nivesh and nades is Desi and Gamers.

Our English caster, OGthelowrezchicken, yesterday, made a statement upon seeing Blind Esports' performance in Kalahari - “Nivesh and nades, name a better combo”. Desi Gamers showed us that their nading is better in the next game. It was Game 4 in Bermuda, when Blind Esports were once again in a position to win the game. It was a fair three-way battle on the edges of a hill, and Blind Esports had the high ground. On paper, they had what it took to win. But then a single nade from DG - Harsh foiled their plans. He was able to destroy more than half of Blind Esports’ forces. With them out of the way, they finished off their last opponents to secure the dub.

Total Gaming Esports won the penultimate game of the day on Purgatory to put up their second win on the scoreboard. In both the games that they were able to win, their strategies had something similar. They tried to grab high ground positions in all situations and tried to thin the herd. They initiated battles against multiple opponents at the same time and tried to create as much chaos in the server as possible while keeping themselves covered. By triggering all these fights and starting a chain reaction, the population of the lobby fell quickly. When the numbers were manageable, Total Gaming Esports isolated and exterminated their opponent teams one by one. It is easier said than done, but now that enemies will start to recognize a pattern, let’s see how many teams are able to come up with a counter to it. Unfortunately, even after winning two booyahs, Total Gaming Esports were not able to climb to the top of the leaderboard, for that position belonged to the Aura Gaming Esports 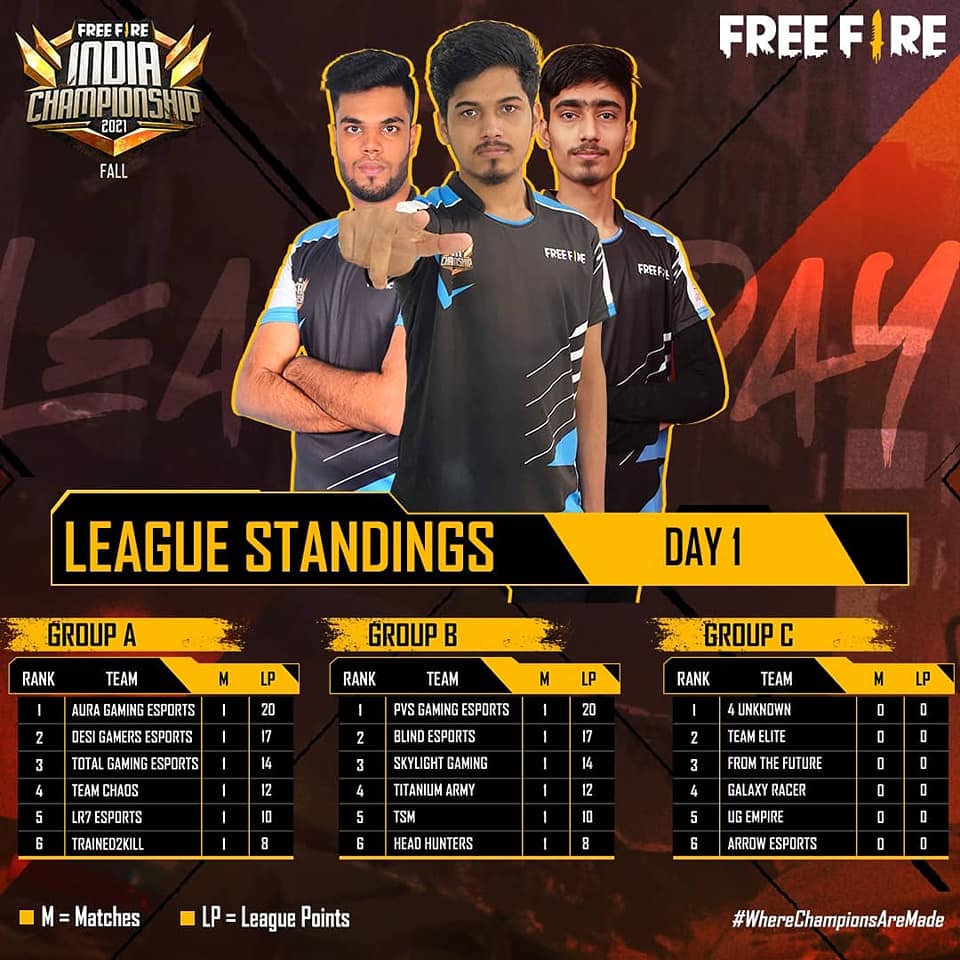 This is a team that is new to the competitive circuit. FFIC 2021 Fall is their debut major tournament, yet they are able to give all the established teams a good run for their money. They were able to grab second place for three games in a row. Finally after a long and hard day of collecting argent, they found their pot of gold. Aura Gaming Esports won the last game of the day and ascended to the top of the scoreboards.

However, they were not the only underdog team to have a great start. PVS Gaming Esports are following them closely in second place. Note that PVS Gaming Esports have no booyahs; they’re here on the basis of sheer consistency and firepower. They have been winning team fights and clutch scenarios very frequently. Duelling them might be a costly mistake.

There’s a lot more action and several interesting storylines waiting for you. This was just the start of FFIC 2021 Fall. Make sure you don’t miss the remaining days of the League Stage. Watch the Matchday 2 on our Free Fire Esports India Official Youtube channel at 6 PM IST on 18th September 2021.