The League stage is about to start and all the blazing fast players of India are preparing for the Free Fire India Championship 2021 Fall, but the ones we are going to talk about in this article are leading the pack. These are the top three players that you should be keeping your eyes on.

Pahadi sits atop a mountain of corpses, perhaps because he doesn’t have a throne yet. It’s unbelievable how even after being unarguably the best player in India, he has not won a title. Pahadi has probably the crispiest aim. More specifically, sniper aim. He is a trendsetter; the first person in the competitive circuit brave enough to rock the double-M82B in a tournament match.

It is very risky to use it at close range, but Pahadi is accurate at all ranges. Team Elite usually dominates all the longer tournaments that they participate in, because of how consistently they can drop big numbers on the kill feed. This is why you’ll see them on the top of nearly every League Stage, but choke out in the finals. Give this team some time, and they’ll put a comfortable cushion of crushed skulls in between themselves and the other teams. Pahadi is usually the biggest contributor to this pool of frags. But that doesn’t mean his other teammates are any inferior. If I had to write this article based purely on stats, I would give the title of the second best player in the country to TE-Killer. However, for the sake of a better storyline, the second best player in the country is from a team that actually has a title under the belt; a recent win at that too. He is none other than the winner of the Free Fire City Open. 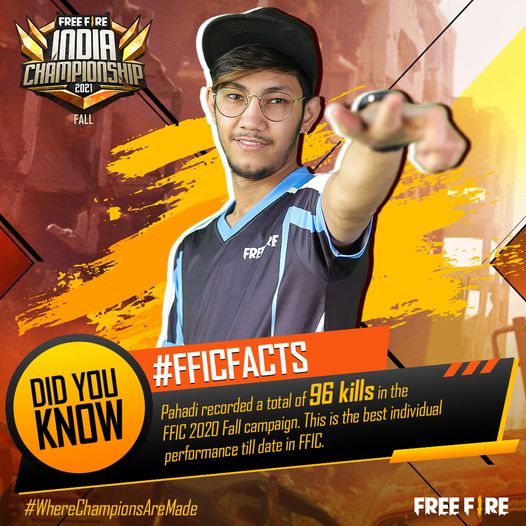 Gotta love that good feeling you get when Ginotra cooks a grenade. You know it's gonna’ go through the window and blow up some gunners and send them to the gallows. Unlike the tryhard and risky combo that Pahadi runs, Ginotra has a simpler approach to fragging. In the last few circles of the game, when everyone is frantically putting down gloo walls left right and centre, Ginotra chooses the nade as his tool. It’s very convenient (at least for him) to put it right behind enemy cover and use their structures against them. Blind Esports have also started to contest for the label of the best team on Purgatory, a title that was bestowed upon Team Chaos before. Ginotra’s late game plans help them not only get a lot of kills, but also convert those high placement point positions into booyahs to feed his team the maximum score possible.

Mafiabala is an expert at crowd control. Total Gaming Epsorts usually has a very cluster driven approach. They like to minimize risks by conquering small areas of land first before committing to bigger rotations while weaving a web of security for themselves. The mastermind behind all this is Mafiabala. This magician pulled an ace out of his sleeve with their win at Free Fire Pro League. Nobody expected him to frag out like this after their disappointing run at FFIC 2021 Spring. However, Mafiabala has done well to execute the plans of his IGL FozyAjay with brute force. Mafiabala is also an all rounder of sorts. He can snipe, use shotguns at close range, spray with SMGs and ARs just as well, while also having a decent bit of nading accuracy. He is an absolute master of rotations and clutch situations with the amount of experience he has under his belt.

These were some of the players that are sure to impress you in the League Stage of Free Fire India Championship 2021 Fall. There are several honourable mentions like Killer, FabIndro, Golden, and Swastik. Let’s see which of these names pop up on the correct side of the kill-feed often. To find out make sure to tune into FFIC 2021 Fall League stage live stream from 17th September from 6 PM IST on our Free Fire Esports India Youtube channel. 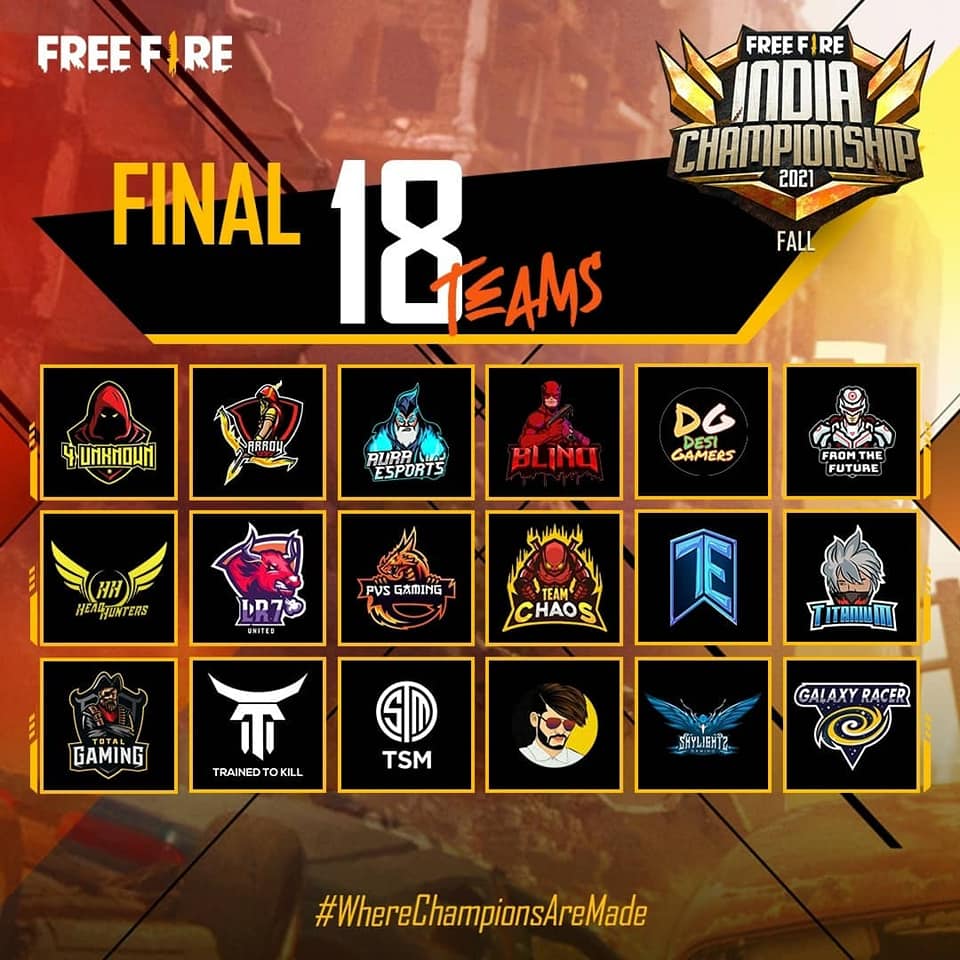