We are well underway to make Free Fire India Championship 2021 Fall truly the best Free Fire event of this season. After an overwhelming number of participants that we witnessed in the FFC Mode, we are taking the best talents ahead to the FFIC 2021 Fall League Stage. However, along with the 42 new teams from the FFC qualifiers, the finalists from the Free Fire Pro League 2021 Summer are joining the fight to make it even more challenging for the newcomers. As we know, the top 6 teams from the FFPL 2021 Summer are getting a direct invite to the League Stage whereas the bottom 6 teams from the FFPL Finals will get seeded to the Closed Qualifiers. That said, here in this article, we will talk about those 6 teams who are confirmed to appear on the League Stage.

Who else to begin with if it’s not the defending champions of FFPL 2021 Summer itself? Are you betting your money on Total Gaming as well? Well surely many others are, especially those who know how good this team is at handling twisted situations. During the FFPL 2021 Summer Finals, Total Gaming repeatedly stood up to the challenge from other greats in the lobby but never got too excited or lost sight of what is the ultimate goal here - winning the matches instead of engaging with whatever comes ahead. Total Gaming impressed everyone with their smart utilization of gloo walls and focused on keeping their players alive while others were busy in securing frags at the risk of getting trades in return. With careful execution of their passive-aggressive playstyle in the final circle, the team secured a bunch of extra points from each match and overtook every other team on the points table. Apart from the FFPL 2021 Summer title, Total Gaming has continued to remain in the forefront of most of the major esports tournaments since they won FFIC 2020 Fall last year. 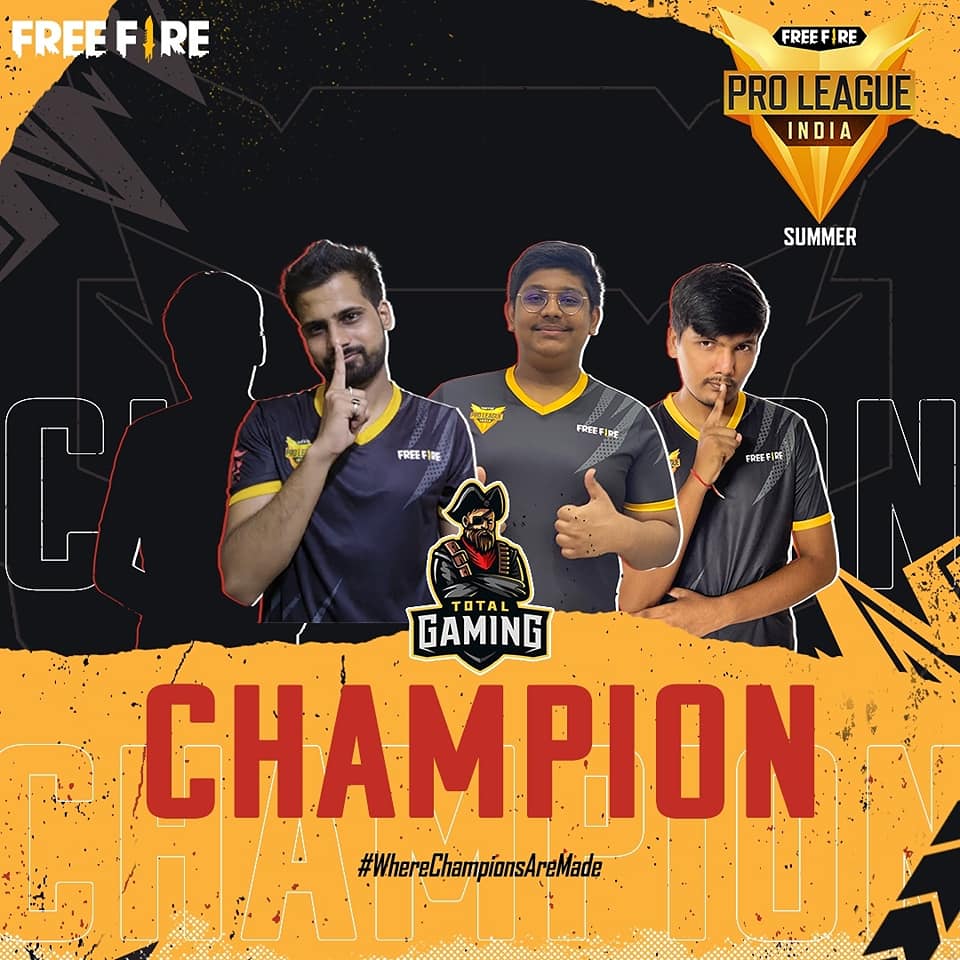 TSM-FTX is a name that has not only excelled in the Free Fire esports scene, but the organization has also made its mark across various esports titles in recent times. In June 2021, TSM-FTX entered Free Fire esports by acquiring the winning team of the Free Fire Tri-Series - Sixth Sense. It is safe to say that the roster hasn’t been a letdown while playing under the banner of such an esteemed esports organization. Although the team came short of 8 points while trying to secure the title of FFPL 2021 Summer, they outsmarted a number of other top contenders to claim the position of the runner-up. We still remember the roster’s unimaginable consistency in Free Fire Tri-Series where they won the title without even landing a single booyah in the finals. Fragger like MRJAYYT, who scored 48 kills and dealt a total damage of 27492 in the FFTS Finals, will be one of the toughest players to look out for in the FFIC 2021 Fall League Stage. The team has been in a very good flow since they finished fourth in FFIC 2021 Spring. However, we expect even better from the them in the upcoming League Stage of FFIC 2021 Fall.

Here are our kings without crowns, Team Elite, who’s domination throughout the league stages of any tournament has been unmatched. But we all agree on one thing, luck has never favoured them when the race comes near its final laps. Although the team has managed podium finishes in the last five major Free Fire tournaments, Team Elite wasn’t able to land a single championship title in any one of them. Whenever we pick our top contenders for any title, Team Elite has never missed our list. But they surely are missed when others take away the trophies which, at one point, had seemed rightfully theirs. Nevertheless, as we are talking about the FFIC League Stage here, Team Elite has nothing to worry about now and can continue their dominance with ease. 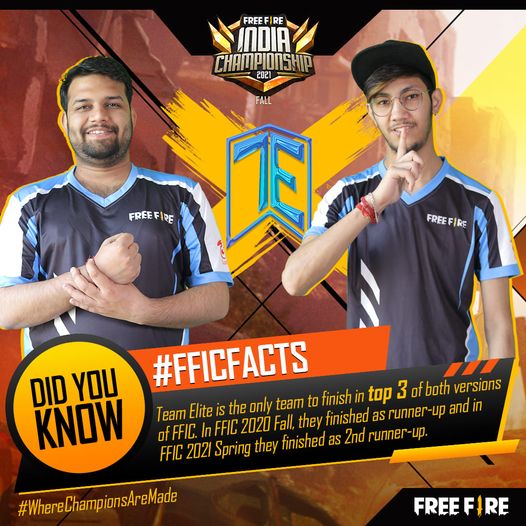 The team’s name justifies their specialties. The team doesn’t carry as much firepower as Team Elite, but they have showcased impressive performances in the few official tournaments they have participated in till now. These unknown talents are known for engaging smartly and always look out for positional advantages rather than blindly clashing with others. In the last fall season of FFIC in 2020, they came fourth. They again finished fourth In the FFPL Summer 2021 and now will make an direct entry in the FFIC 2021 Fall League Stage. Can they make themselves known as the champions this time? We will have plenty of opportunities to talk about that during the League Stage.

Their confidence level has never been boosted higher as the team just claimed the title of Free Fire City Open while playing under the banner of Hyderabad Nawabs. Although Blind Esports previously known as ‘Captains’ already were one of our favourites, their gameplay during the FFCO finals was a delight to watch. Their ability to stay calm and seize opportunities will definitely put them way ahead in the competition. But being our fresh champions, their strategies are already well researched by the competitors. We sure want them to make it to the finals, but can they come up with new and impressive ideas to surprise their rivals once again? 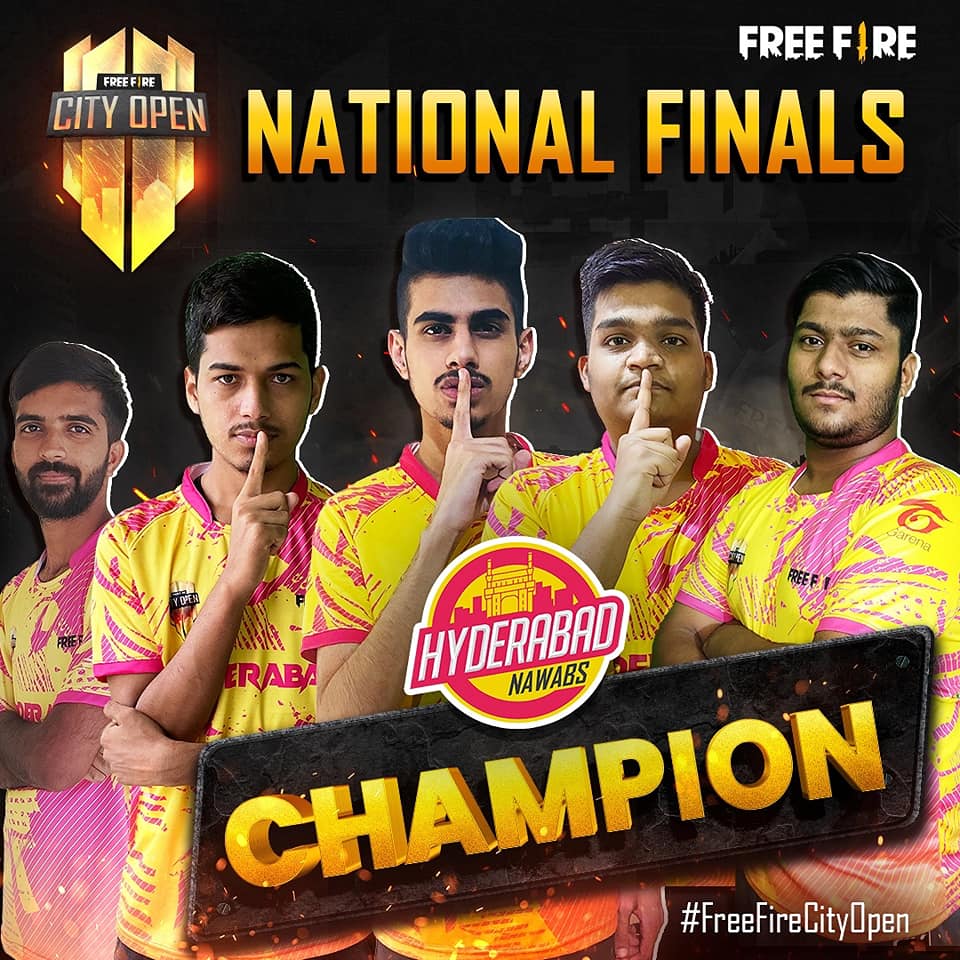 All we can say about them is that if they are in your lobby, you are never safe from an ambush. Survivor 4AM (Desi Gamers Esports now) is one of the most unpredictable teams in the FFIC 2021 Fall. We are worried about how many teams will suffer from unrecoverable damage in their hands during the 9-day long League Stage. They come and go like a storm, wrapping up fights in seconds so that they are barely exposed for third parties. That said, if they are the one caught in a rough spot, we rarely see Survivor 4AM (Desi Gamers Esports now) making it out alive. Nevertheless, their reckless gameplay in the FFPL 2021 Summer managed them to get the last direct seeding ticket to the FFIC 2021 Fall League Stage. Will they again become the nightmare of others? Or is it the properly organized teams who’ll have the last laugh over Survivor 4AM (Desi Gamers Esports now)? We will have our answers soon in the League Stage.

These were the top 6 teams who got seeded to the FFIC 2021 Fall League Stage. However, the battle hardened teams from the Closed Qualifiers won’t go easy on them even if these are the favourites. It will be interesting to see how many of the other six invited teams who will be joining the Closed Qualifiers will make it to the League Stage from the cluster of 48 teams. The FFIC 2021 Fall League Stage begins on 17th October and will be live-streamed on the Free Fire Esports India YouTube and Facebook handle. Which team are you rooting for in the League stage?