As you all know, we often take occasions as an excuse to share a plethora of cool new items with our players. This year, on the prideful day of 15th August, India will celebrate its 75th Independence Day. To commemorate this prestigious event, we at Free Fire India, have already scheduled the National Finals of Free Fire City Open from 6 PM IST on the very same day. Along with crowning the top team from our nation as the FFCO Champions, we have other plans in mind to reward our beloved fans in India.

There are a total of three segments of rewards introduced for this Independence Day from where any player can claim different sets of exciting items. Some of the rewards are task based whereas getting the other cool stuffs is dependent on your luck.

We have kicked-off the Independence Day celebrations with an in-game event themed on India’s favourite sport of all time - Cricket. Via this event, players will be able to win the ‘Blue Blaster Bundle’ for free upon completing a few simple tasks. The bundle basically features an actual get-up of a batsman which our cricket enthusiasts would love to get their hands on. The event will feature two different types of tokens - Orange Balloon Tokens and Green Balloon Tokens. While the Orange ones can be collected only by simply completing specified event missions, we have introduced two different ways to accumulate the Green Balloon Tokens. You can either watch the FFCO Finals on 15th Aug from 6PM IST and grab the redemption code after finals end, or you can choose to play & collect the Green Balloon Tokens after Match Drop from 15th - 16th Aug, which is 1x Per Match! You need a total of 20 - Orange Balloon Tokens and 20 - Green Balloon Tokens in order to claim the Blue Blaster Bundle. 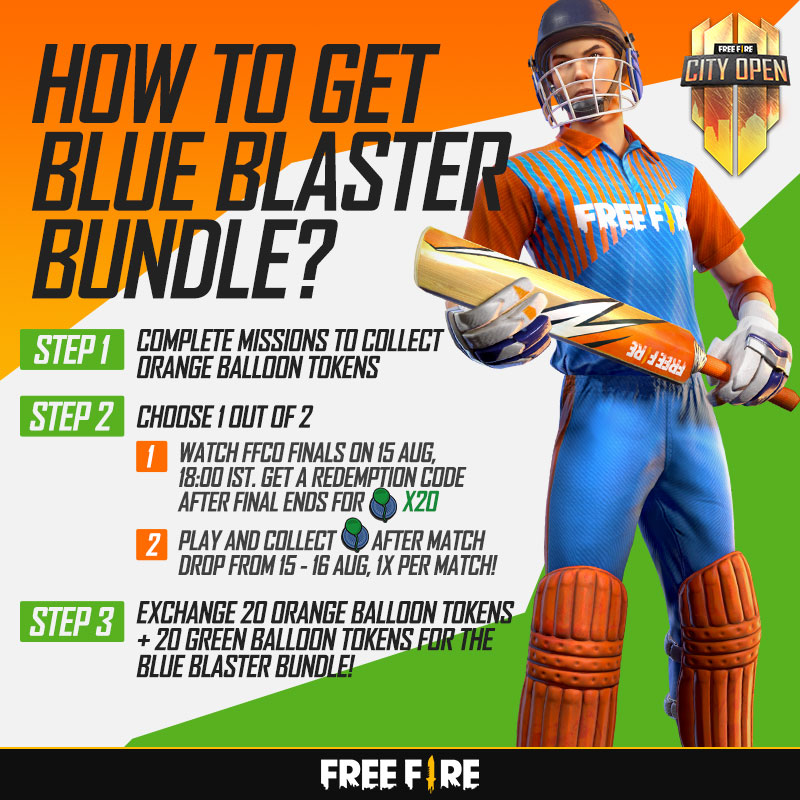 But wait, that’s not all, the main attraction of the FFCO National Final rewards list hasn't been mentioned yet. Like any other Free Fire official event, FFCO 2021 National Finals is having its own Viewership Milestone Reward. Depending on the number of total concurrent viewers tuning in on the day, Free Fire India will release the exclusive ‘Shake It Up Emote’ emote that any player will be able to collect once the concurrent viewership target is met. This time, we have set a target of 200k live viewers. And depending on the amount of love & support you have shown for your respective regions before, we are pretty sure that we are going to record a much higher number of active viewers on our official livestream on 15th August. FFCO National Finals will be live on our official Free Fire Esports India YouTube channel from 6 PM IST. 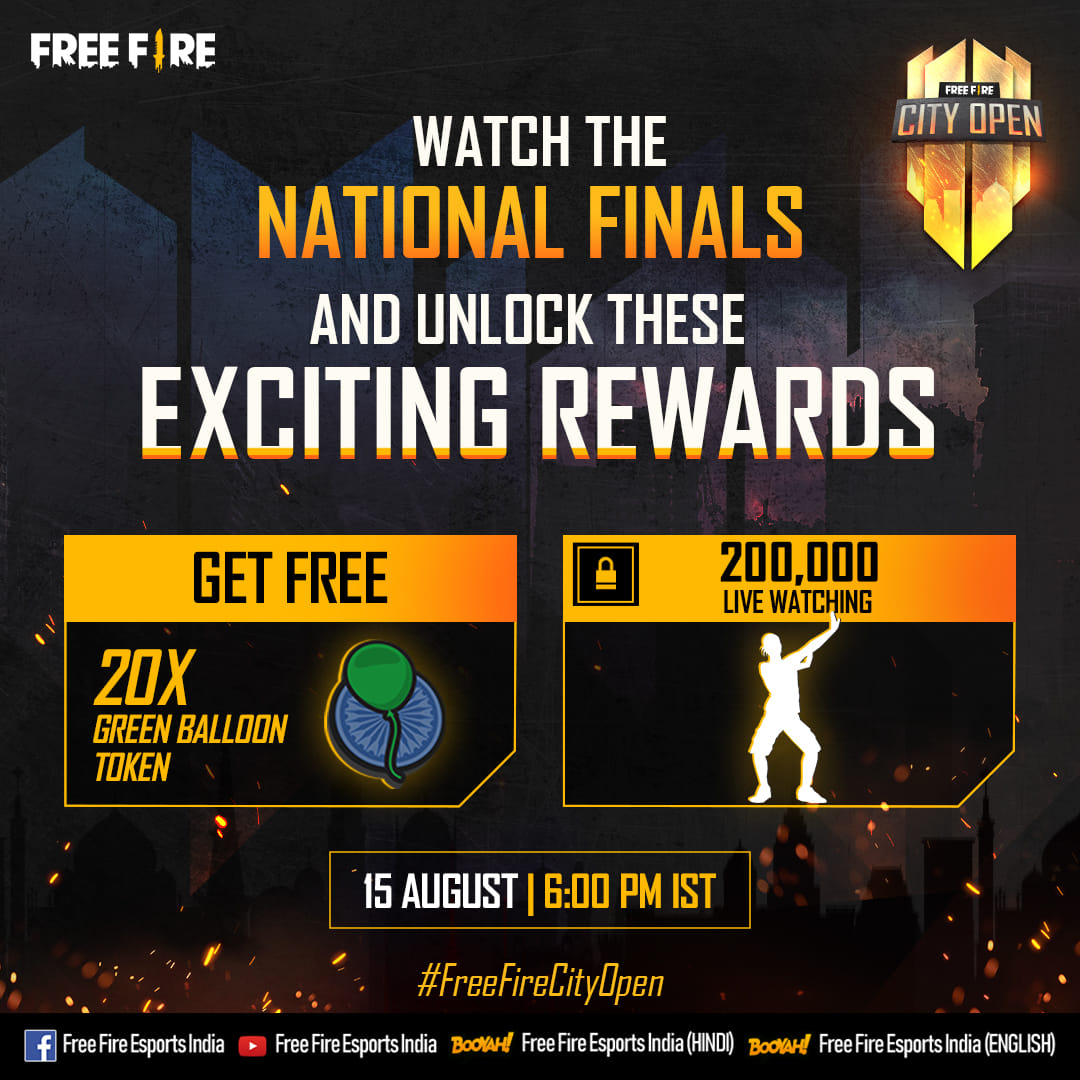 Now, coming to our hottest reward of the day, we will be giving out ‘Blue Flame Draco AK Skins’ for free to a few lucky winners as rewards of the Fastest Fingers First event. To be one of these winners, you have to watch the live stream with due attention and join the custom lobbies whenever the casters announce it in between the matches of the FFCO National Finals. The Room id and Password to join the custom rooms will be shown on the stream as well. Once you join, the lobby admin will note your UID. You have to wait till the lobby disbands. If you become one among the first 12 people who join a custom room, the upgradable gun-skin will be sent as a reward in your UID. The first 3 players to join the lobby will be rewarded with the Level 7 Draco AK Skin while 4th to 7th position will get you the Level 4 Skin followed  by a Level 1 Skin of the same when you rank between 8th to 12th. 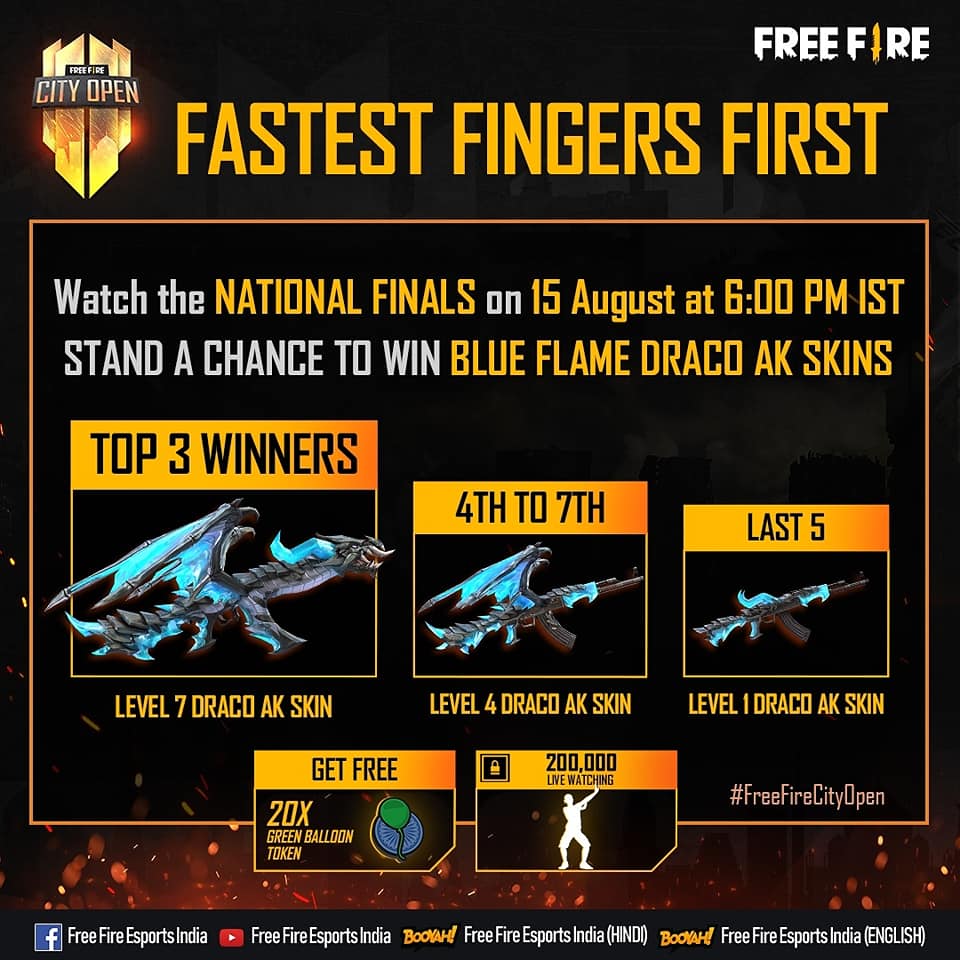 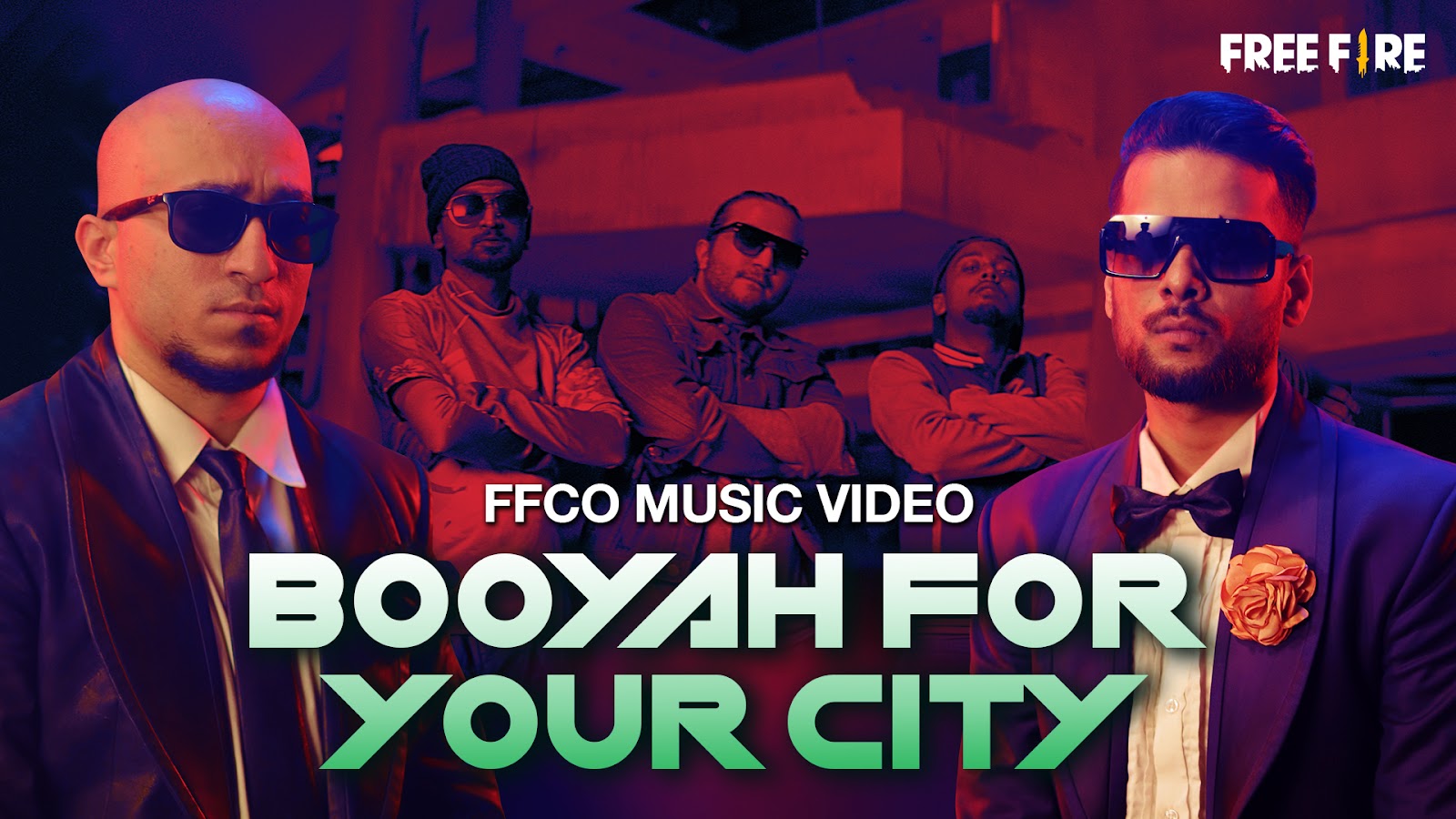