On August 15th, Free Fire City Open reaches its climax where one of the eight iconic cities will claim the title of being the National Champions. Representing these eight cities are our top 12 Free Fire rosters across the country who have qualified by leaving other daring opponents in the dust. 8 of these teams directly qualified for being the champions from their respective cities while the rest of the 4 teams qualified via Wildcard Finals & City Play-Ins.

Now, to give our audience an idea of how the challenge looks like for our top 12 contenders at the finals, we introduced a rivalry series where we pick two regions who can create interesting verticals at the finals when they go up-against each other. After exploring the strengths and weaknesses of six other cities, here we conclude the series with the last two cities left to visit - Chennai & Kolkata. What makes the competition between these two interesting is Jallikattu TN, who are representing Chennai Conquerors, haven't played any official Free Fire tournament before FFCO whereas our representatives of Kolkata Kings - Head Hunters, have players like Satyam 'Viper' Thakur onboard who has developed a seasoned game sense having played multiple official tournaments.

What makes Jallikattu TN a special addition to our finalists list is that the underdogs have really outdone themselves in the Free Fire City Open. Their performance was praised by experts especially because of how the team secured smart entry points for moving to the safezone in which other professional rosters in our Chennai Finals failed miserably.

Performance such as this always gets you rewarded in esports. Their evasive gameplay offered them two booyahs in the first two matches at the Chennai Finals. This gave Jallikattu TN a proper head start and the team maintained the lead at the end of the day by securing the highest - 38 kill points at the Chennai City Finals. 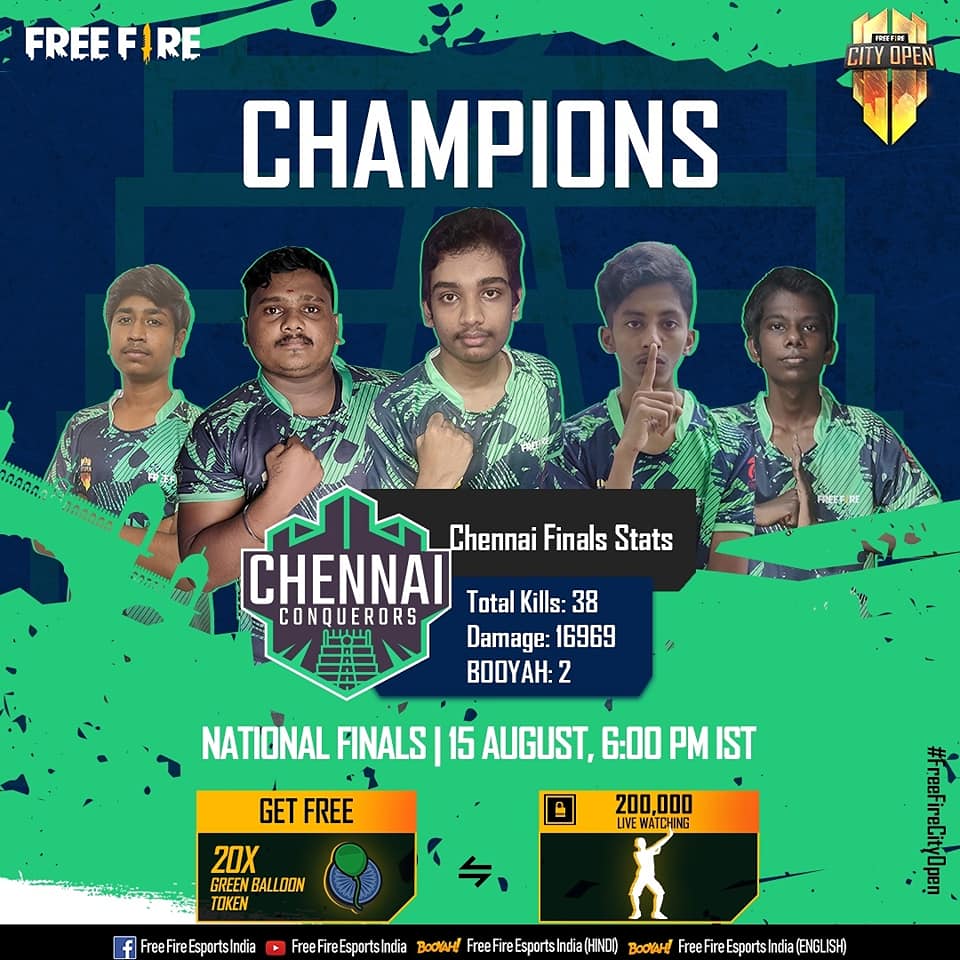 Our team from the city of joy, Head Hunters, have a lot more experience when it comes to winning booyahs in a lobby that is filled with fearsome professional players. The controlled aggression of Head Hunters is what set the team apart from other talented rosters who fought to represent Kolkata Kings at the National Finals.

Head Hunters know how to catch the momentum of the match and switch tactics in an instant. At the Kolkata Finals, the team mainly focused on safe rotations at the early stages of each match but changed its gears whenever they found vantage points near the end circles. As a result, most games were rewarding for the team, especially in terms of kill points. Head Hunters placed them second at the match standings three out of six times with decent numbers of kills. Combine that with a 12 kill booyah in the third game on Kalahari map which made it difficult for other teams to bridge the points-gap.

That said, HH- Viper from Kolkata Kings believe that it's pretty challenging for them as well as other professional teams to predict what kind of gameplay the underdogs have in mind for the finals. Viper said that it is easier to plan against known opponents but the decisive gameplay from the young talents is pretty difficult to learn and adapt to.  The main challenge for teams like Chennai Conquerors would be to maintain temperament even under the crushing pressure of performing at the National stage. 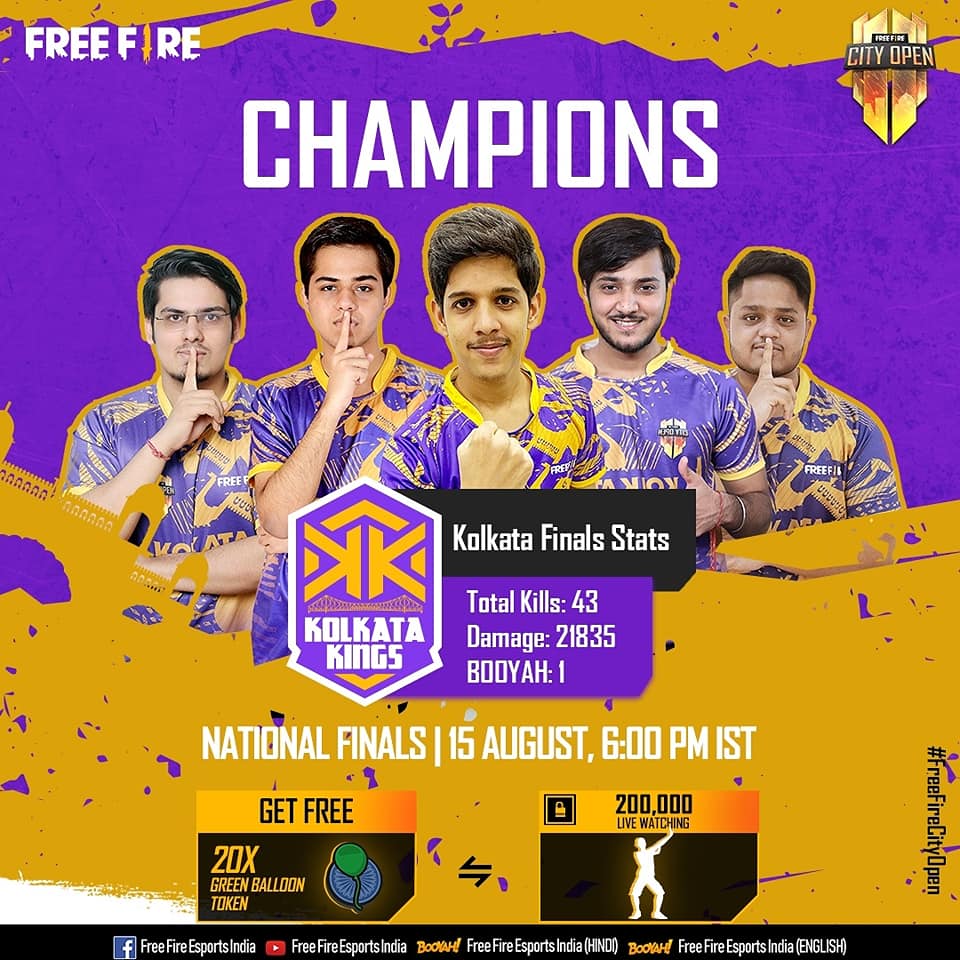 Each of our finalists have what it takes to claim the winner's prize money of INR 15,00,000. However, which one of them will be better at utilizing their skills when they lock horns on the night of 15th August? Only six games will decide our champions of the FFCO 2021. Who will it be? Your guess is as good as ours.