The Mumbai region was expected to be tough and brutal and it proved likewise with a combination of two national heavyweights claiming the win when the dust settled. The mixed lineup from 4Unknown and Galaxy Racer joined hands to claim their place as champions of the region. The team snagged 2 Booyahs along with an impressive tally of 44 kill points to take the win. We speak to team captain, Anand Madhukar Dushing to see what he and his team make of the win.

Q. Can you tell us a bit about how two big organizations in the Free Fire community came together for this event?

I thought of making a new team from Maharashtra for this event. So I approached MARYX from GXR right away and he agreed with the team at once. So here we are, 4UN-GXR.

Q. What was your experience with the Mumbai regional finals? How were the matches according to you?

My experience with the Mumbai regional finals was excellent. It was more competitive than I thought and the players gave off a nice competition. The matches lasted until the last zone - like every other official tournament.

Q. Which map do you guys like playing on the most and why?

We like playing on Kalahari as in the map because we like the uncertainty of the deserts of Kalahari. We have captured the center of the map - Refinery. It's at a height and gives a lot of advantages to us.

Q. Were you able to watch the other regional finals? Which team impressed you the most?

Yes, I watched every single of the regional finals - to watch how my competitors are playing. Can't judge yet which team is the best because there's still a major wildcard final left. Looking forward to the wildcard finals.

Q. What are the team’s plans for the national finals? How are you guys preparing for the matches?

Well, it's the same strategy from the regional finals - the same rotations, and landing spots except for a change that will be revealed in the finals. We are playing together 6-8 hours a day in preparation for the matches to build up the synergy and the coordination in the team.

Q. What can you tell us about the current meta in competitive Free Fire?

The current meta is all about early rotations to the safe zone holding it, which already gets you 15-20 points a match which is an easy win!

Q. Where do you think Indian teams lack when compared to international teams from Brazil and Southeast Asia? What do you think is the solution to bridge the gap?

The players in Brazil are very experienced, they have played a lot of tournaments and thus they have developed a desirable game sense. They are also all-rounders and as a result of constant practice - they have very quick reflexes. Indian players lack these qualities as esports isn't as developed in India as Brazil and other countries - but yes India is developing to meet the level of Brazil teams and we hope to beat them soon on the international stage. 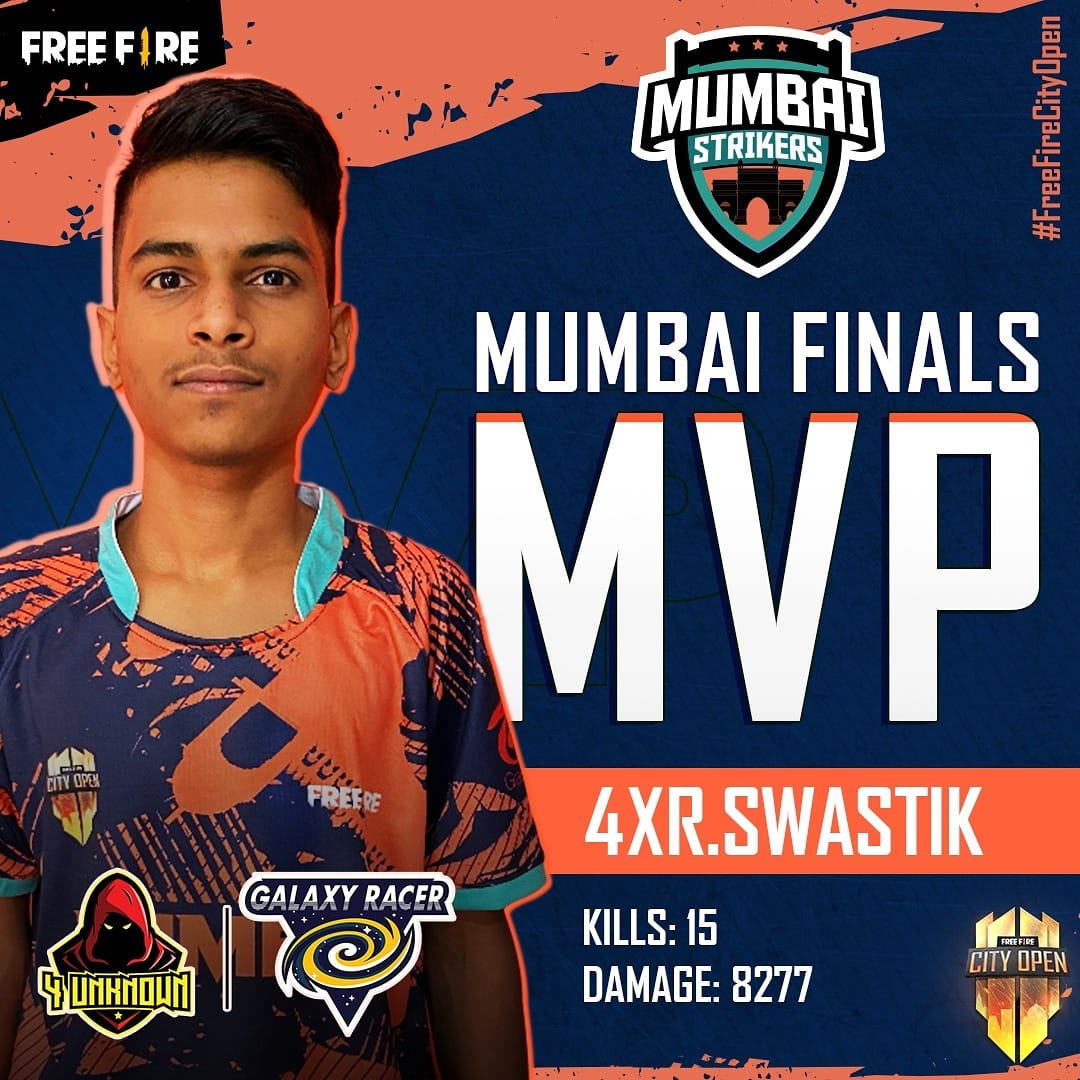 That was ANAND from 4UN-GXR who won the Mumbai region finals in the Free Fire City Open. They will be battling again on 15th August in the FFCO National Finals for the ultimate glory. Make sure to show your support!!