Free Fire Pro League has turned into a race to the top, with each team trying to overtake the other on the points table. Their fastest bets to the top are their players. Some players pop off by racking up headshots and directly adding to the kill tally, while some make tactical plays to keep the team alive. Here are the five most impactful players from the second week of FFPL.

Team Elite pulled out all stops, and unleashed their pain train, with RDP at the helm. This devastating team played only on Day 3 but established a lead so huge, that teams who played on both Day 3 and 4 could not overtake them. This proves that their opponents will need an entire day full of top-notch performances in order to catch up with them. RDP dominated that day with 16 kills and 5239 damage, causing around 816 points of pain every match.

Almost everybody on Team Elite popped off, and the team scored a hundred points in a single day. Killer, too, went on a killing spree and picked off 16 opponents on Day 3. He dished out slightly more damage than his teammate (5756) but lacked slightly in the Average Damage sector (788). Team Elite was able to win the first two booyah's on the first day, and Killer was the MVP in the second match on Purgatory. He and Iconic were the two survivors of Team Elite who trucked on and carried the team to victory in that game. Team Elite was trapped in a tough spot as they were getting third-partied. It was Killer’s well-timed call to disengage and his daring escape that kept the team alive. They struck again when the moment was right and Killer swept over the stragglers to win the game.

Iconic too, ended up in the top 5 players that day with 9 kills of his own. But it was Killer’s heroics in the second game and RDP’s consistency across the day that got this team the massive lead that they currently enjoy. Nobody has been able to dethrone them yet.

Galaxy Racer is the kind of team that usually performs in the last few games of the day. His fans believe this is because Vasiyo takes his time to adjust to the opponents and figures out a way to counter-attack. Galaxy Racer is currently in the top 5 teams of the Pro League because of their great rotations, attack timings, and coordination. Vasiyo is mostly responsible for that success. He led his team to two booyah's on Day 3. While he himself did not dish out too much punishment in those two games, his leadership was invaluable to gather the much-needed placement points. He made up for that on Day 4 when he single-handedly picked up 14 kills, while his team got 28 kills in total that day. I.e contributed to half the kills that his team had that day. 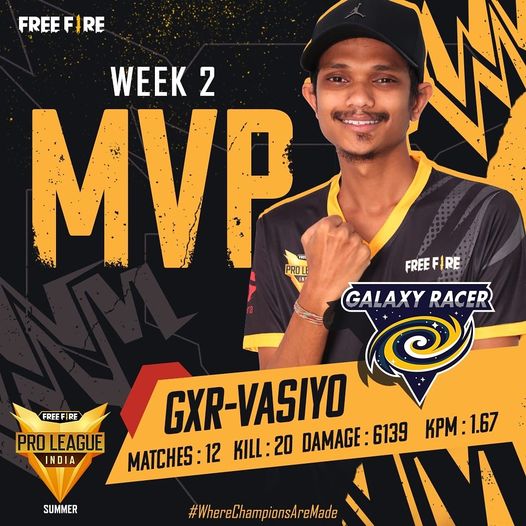 Nivesh from Team Captains had the highest single-day damage. Even though he had only 10 kills, he dished out 5862, which is more than what anyone was able to pull off this week. His team also bagged the booyah during the fifth game on Day 4 - on Purgatory. This definitely has to be one of the most challenging zones that we have seen in FFPL. In an awkward game like that, where around half of the circle was in the water, and the other half of it created a high ground - low ground situation, Captains were able to make all the right decisions and prevail, thus proving their prowess to everyone. Nivesh championed this game as he clutched all the important fights and got his team the win. Unfortunately, Team Captains is not in the top 5 teams at the moment, and are lacking behind in terms of points, one still must acknowledge the 200 IQ plays from Nivesh to capture that booyah.

Team S8UL keeps a low profile but are actively keep scoring points in order to keep up with the upper echelons. MrGame might not have the flashy play, nor the flashy stats like everyone else, but he does show up in a lot of good fights. He was the MVP of the last game of Day 4, where Team S8UL won an intense cliffside battle in Kalahari to take the booyah. He picked up 9 humble kills that day, which might not sound as impressive as the people previously mentioned in this list, but at least his team is in the top 5. His contribution shows where it matters the most - the final standings.

These were the best players of FFPL this week. Congratulations if you had picked any of these in your Dream Team, you must have scored quite a lot of points. If not, keep an eye on these players in the upcoming week, and you will surely be entertained. Tune in and support your team in the final weekend of the Pro League on 10th and 11th July 2021, at 6 PM IST on our YouTube and Booyah channels. 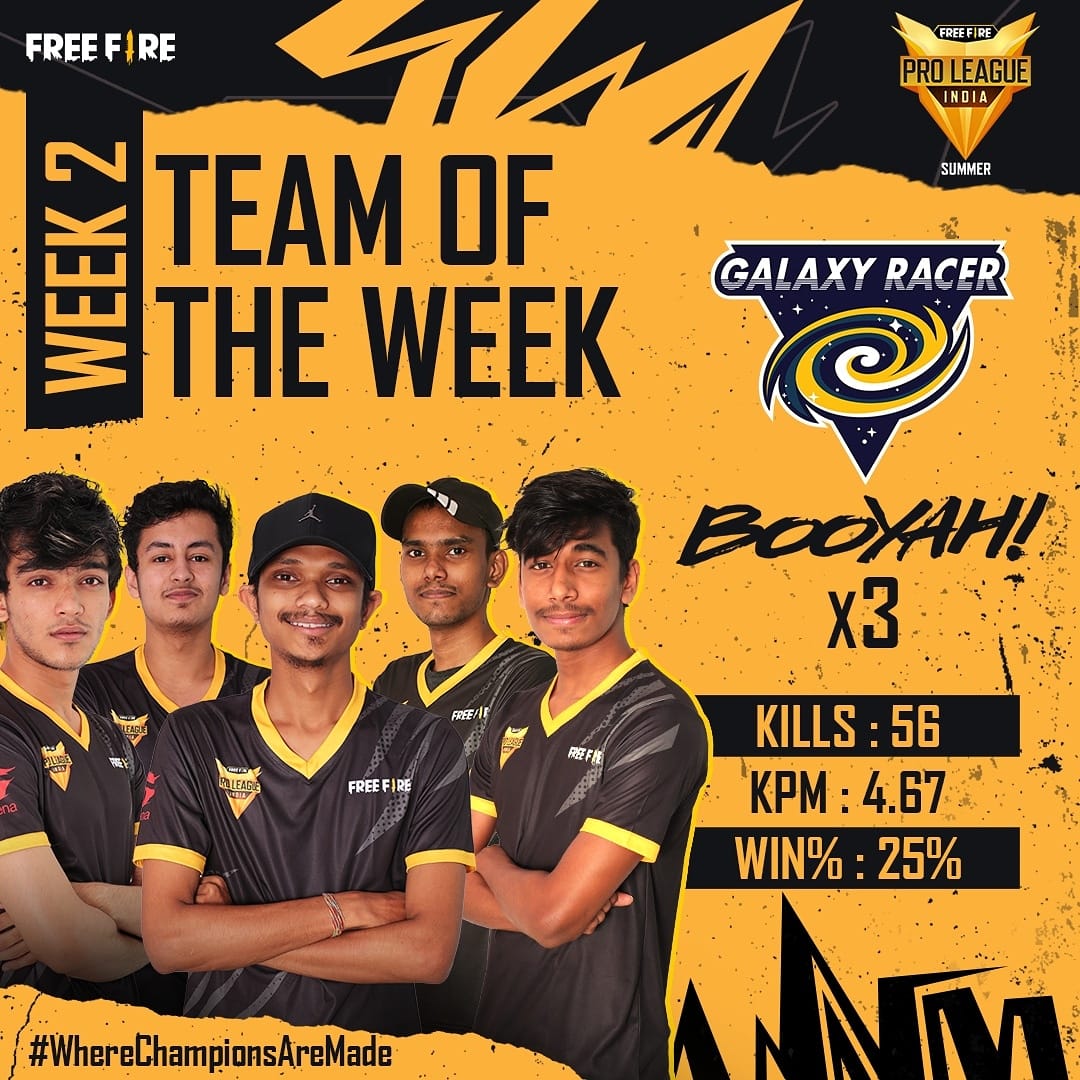