The sea breeze of Mumbai graced the Free Fire City Open today with waves of surprises. Mumbai is also called the “City of Seven Islands”. To create this great city, seven great islands were merged together. But to create the perfect candidate to represent Mumbai Strikers, one only needs to merge two of the greatest teams in India - 4Unknown and Galaxy Racer (4XR).

4UN-GXR won the FFCO Mumbai Finals and will be representing this city at the National Finals. 4Xtraordinary (4X), TSG Army, and Eyes Esports finished in the top 4 and will be moving ahead to the City Play-Ins. Here’s a recap of how the teams hustled for limited qualification spots.

The sad story of The Rebellions

This underdog showed great potential in the first half of the day. They had a dominant start as they won the first game of the day, and were getting enough kills and points consistently in the next few games as well. They were well on their way to qualify but were unable to do so because some of their opponents (read 4Xtraordinary) made ‘hail mary’ plays in the last game to steal away their spot.

The Rebellions were really good at getting out of sticky situations, but they were not very good at closing out fights quickly. In several games, they initiated a battle against another team, but it dragged on for too long, which attracted the attention of other teams nearby. Their saving grace was their ability to get out of these scenarios and avoid getting third partied. This was the only thing that was working in their favour. They used this in Game 1 to turn 4XR’s momentum against them, and winning the booyah. The same trend followed until game 4, as they had decent placements in them all.

The two TSG teams were behaving like a typical bunch of siblings. Always fighting and interfering in each other’s business. Since they know each other’s playstyle so well, it was fun to watch them fight each other. In Game 2, TSG Hard was trying its best to gatekeep teams around the river and dockyard. TSG Army swooped in from the high ground to steal away all the kills, and the win too. They were almost about to win the third game on Kalahari as well, but…

TSG Army had to settle for second place in the third match. 4UN-GXR had been performing really well all throughout the day. They were never outside the top 3 on the overall standings, and after winning a booyah on Kalahari, their resolve was even deadlier. They pulled off an unthinkable win on Kalahari, forcing the errors out of their opponents. After winning that booyah, 4UN-GXR found themselves on the top of the table. But this back-and-forth for the number #1 spot against TSG Army was starting to become too problematic. 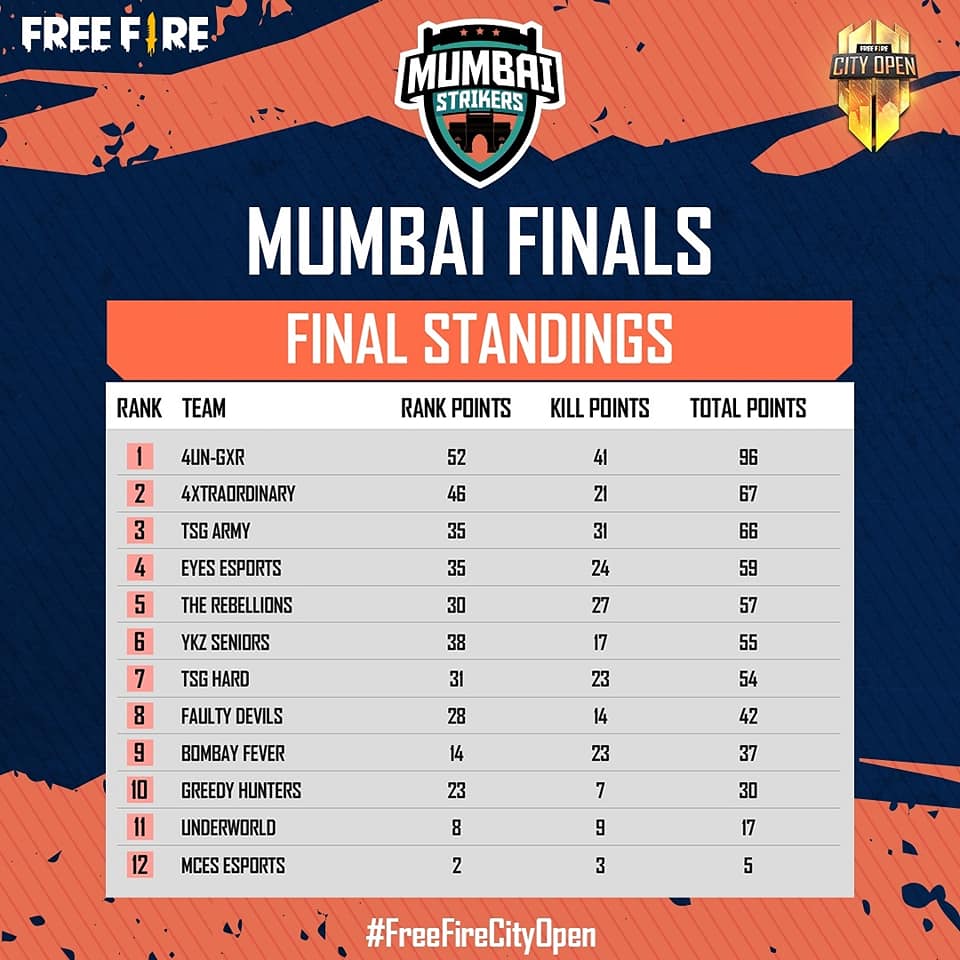 Back and forth continues, rays of hope plunge into darkness

The win in the third match got 4XR to the top, but they had a bad game right after that in Bermuda (match 4). TSG Army finished at a much stronger position after 4UN-GXR got eliminated early. They stole the lead back. Match 4 was surprisingly won by Yakuza Seniors. It’s surprising because they are a team that is participating in FFPL, hence they are somewhat experienced. But given their caliber, one would have probably expected more from them.

If we put away the TSG vs 4XR race for the top for a moment, The Rebellions and 4Xtraordinary were also in the top 4 so far. But that would change soon.

4XR and 4X started popping off in the last match

4Xtraordinary moved early to capture a compound, and they were lucky enough the zone moved towards them. 4XR (4UN-GXR) on the other hand, was just holding a fort at the Refinery and shooting down anyone and everyone that passed through. 4X was able to win the booyah in that game on the basis of their positioning, but 4XR still had more kill points than them.

This changed the table a bit too much. 4XR and 4X were now the top two teams, and TSG Army was pushed down. The Rebellions had a bad game as they were eliminated early, and that surprisingly allowed Eyes Esports to steal their spot away.

Well-known teams like The Yakuza Seniors finished sixth, even after having the experience of participating in FFPL. They won a booyah too, but that was no guarantee of making it into the next stage of the tournament. The same goes with The Rebellion. They won the first booyah of the day and had enough kills for themselves in the games to keep themselves sustained in the top 4, but one bad game, in the end, gets them eliminated as Eyes Esports finished stronger than them. This proves that consistency is more important than booyahs. 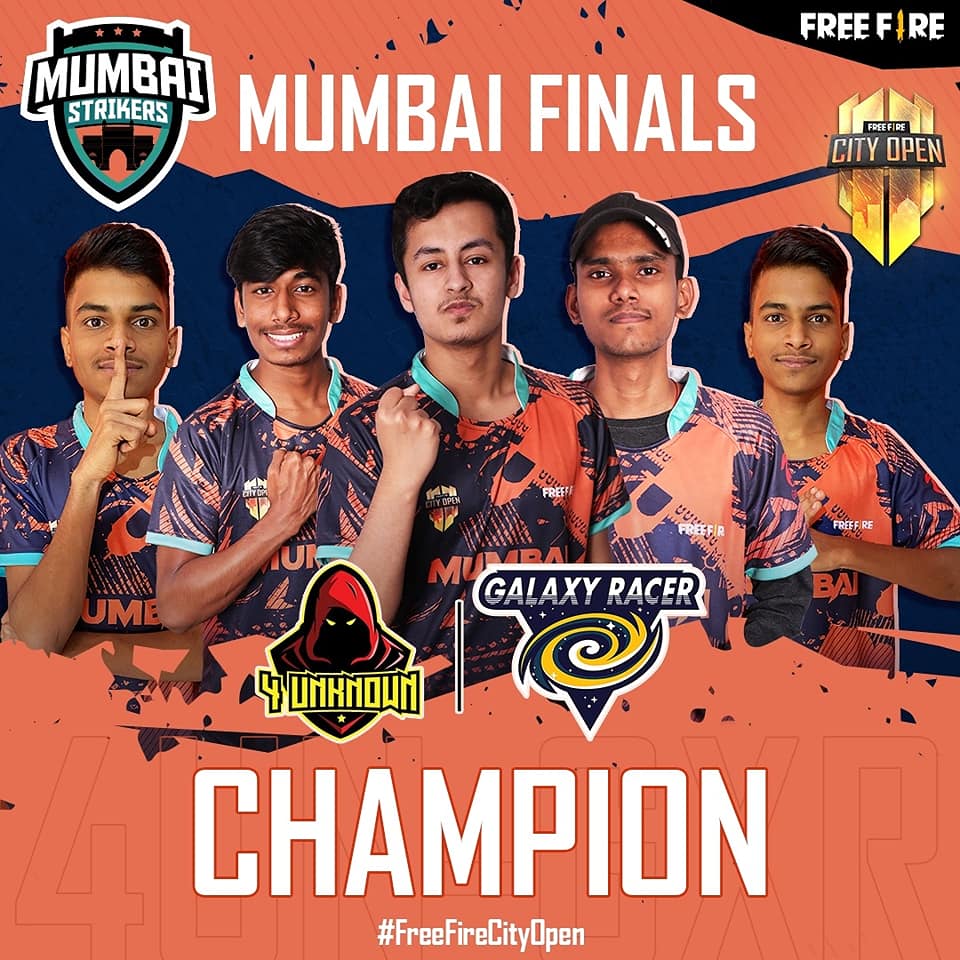 The next stop on our list is Vizag. Make sure you tune in for the Vizag Regional Finals on 9th July 2021, at 6 PM IST on our official Free Fire Esports India YouTube Channel.