Chennai has been conquered by Jallikattu TN. They won the finals and proved themselves worthy of the crown and entertained us all with a tight chase right until the end. Teams like Slumber Queen, Badge 99, and Raven Esport will go to the City Play-Ins. It was a pretty interesting day where Jallikattu was in the lead right from the start, but there were several moments where other teams came close to usurping the throne. Let’s take a look at this wonderful day full of cat-and-mouse chases.

It is important to assert dominance right at the start. Jallikattu is a firm believer in that as they bull-charged their way to the top in the first two games of the day. The first game of the day had plenty of verticalities involved in it, even though it was on the grassy lands of Bermuda. The final zone took us to the tall arch bridges near Mill. This area is well-known for its open valleys, long and flat bridges, and a spot to hide underneath. Over here, Team Jallikattu made all the right choices regarding which path to take. They took the more perilous journey on the high ground, but the risk was worth the reward. They were able to thwart the threats on the bridge and were able to stay up there indefinitely. This got them the dub in the first game.

In match 2, on Purgatory, Jallikattu once again made the right decisions about which path to take, hence avoiding all the difficulties in crossing water bodies. They also rotated across dangerous territory just as the circle was closing. Certain close calls from death were avoided. Broken, battered, but still victorious, Jallikattu won Match 1 and 2 back to back.

Raven Esports fly in to contest

Raven Esports flew to success, quite literally using the grappling hook guns to their advantage. Kalahari is always tricky, especially when the circle closes in around Refinery. The decision of whether one should stay up on the rig or come downstairs into the sand is a difficult one to make. Both are equally dangerous, and careful thinking is required. Unfortunately, time to think is a luxury that participants of FFCO do not usually get. In those spontaneous moments, some players of Raven Esports jumped down to the ground and used their grappling hooks to soften the impact. Soon they turned out to be the biggest, most dangerous team on the low ground. Height is how they were able to keep all 4 players alive and healthy. This helped them greatly secure the booyah on Kalahari. 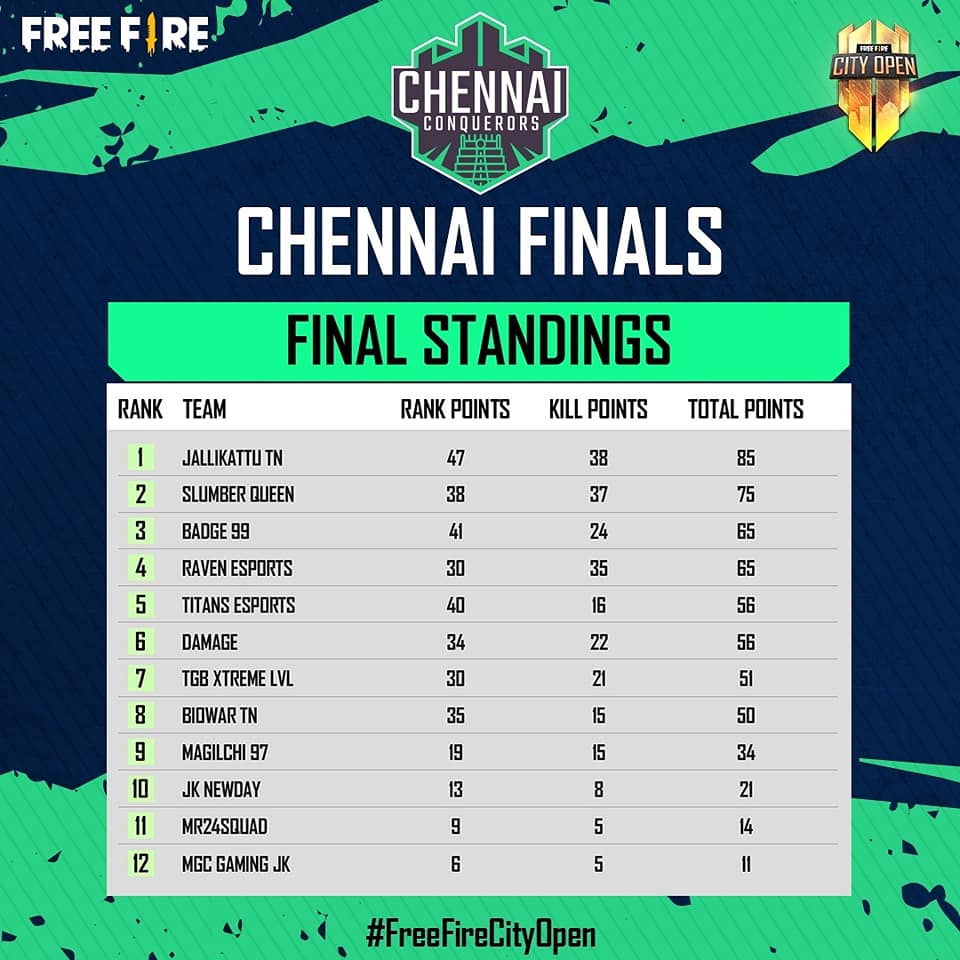 After, getting the booyah in the third game of Kalahari, Raven Esports was on the verge of stringing together two booyahs in a row and could have won the fourth game as well. Unfortunately, Slumber Queens stole the booyah away, and Raven Esports had to settle for second place in that game. Even though Raven Esports were indoors, had the cover of the compound and the advantage of the zone on them; Slumber Queen’s well-cooked grenades were able to destroy most of them. It’s almost like hitting multiple birds with one stone. With that, Slumber Queens won the fourth game in Bermuda.

…but their efforts finally bore fruit and got a big boost when they won the fifth game of the day. For a second it seemed that B99 would be able to challenge even the top 2 teams, but they had to make do with third place. With that booyah, they were also able to overtake Raven Esports and relegate the birds down to the fourth position.

Unfortunately for Team Damage who won the sixth game of the day, their lack of kill points and inability to step up in the early phases of the game spelled doom. By that time, it was already too late for them. 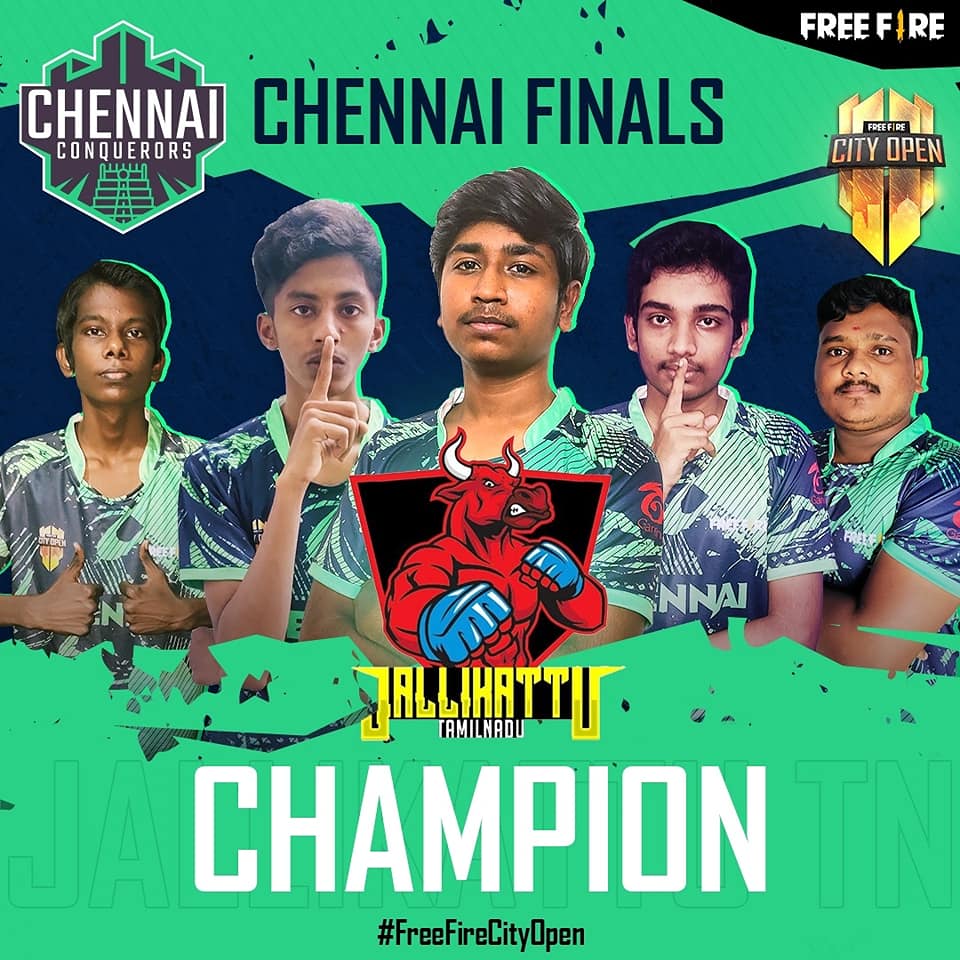 These were some of the most interesting storylines from the Free Fire City Open Chennai Finals. Don’t forget to tune in next time as we head to the Lucknow region finals. See you all on 2nd July at 6 PM IST on the Free Fire Esports India official Youtube channel.