Free Fire Pro League 2021 Summer has been an absolute treat to watch so far, and this is just the start. The best teams from the previous FFIC along with the finest contenders from the open qualifiers put up a great show on the first two days of the tournament. Here are some of the best storylines from this week.

4Unknown returns to the competitive circuit in style

4Unknown unfortunately did not get to compete in the FFIC 2021 Spring and FFTS, but they mounted a comeback in FFPL and are currently on top of the overall leaderboard. They had a phenomenal start on Day 1 when they topped the table in terms of both placements and kill points. However, on Day 2, their level of performance dropped a little. Other teams like Team Elite and Team D Esports were able to catch up to some extent with amazing performances of their own. 4Unknown remains on top of the table because they have played 12 games, while some others have played only 6. 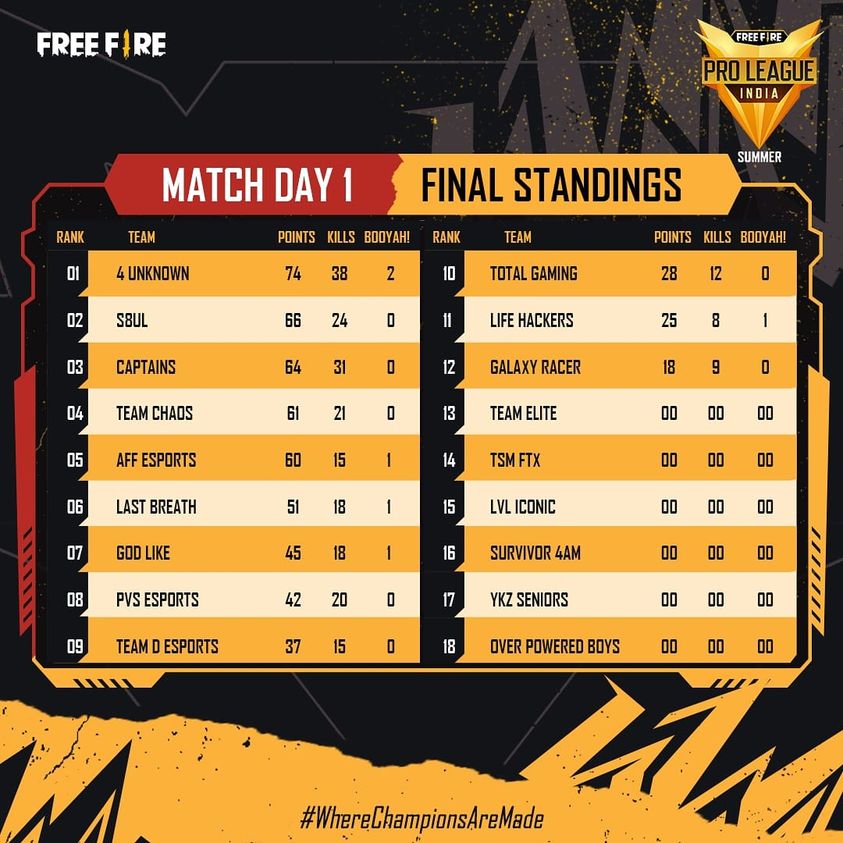 Team Elite pull off a hat-trick

Team Elite have lodged themselves in the top 5 after just one day of play. They won three games back to back on the second day. Games 4, 5 and 6 were all a walk in the park for them. Bermuda showed us how good they are at predicting the zone and rotating early to get favourable positions. Then in Purgatory, they once again got the zone in their favour, except this time, they took extra steps to ensure their victory. They sent Iconic ahead on a suicide mission, and his only objective was to disrupt the game for the other teams. They followed a similar formula when it came to the next game on Kalahari. This time they sent Pahadi on a solo-flanking mission. His job was to make sure that he distracted them and kept them pinned behind their rock so that they wouldn't have the time to get inside the playzone. Team elite crossed the 100 point mark in just one day of play. If they are able to replicate this trend in the coming weeks, then there is a good chance that they will win the tournament. 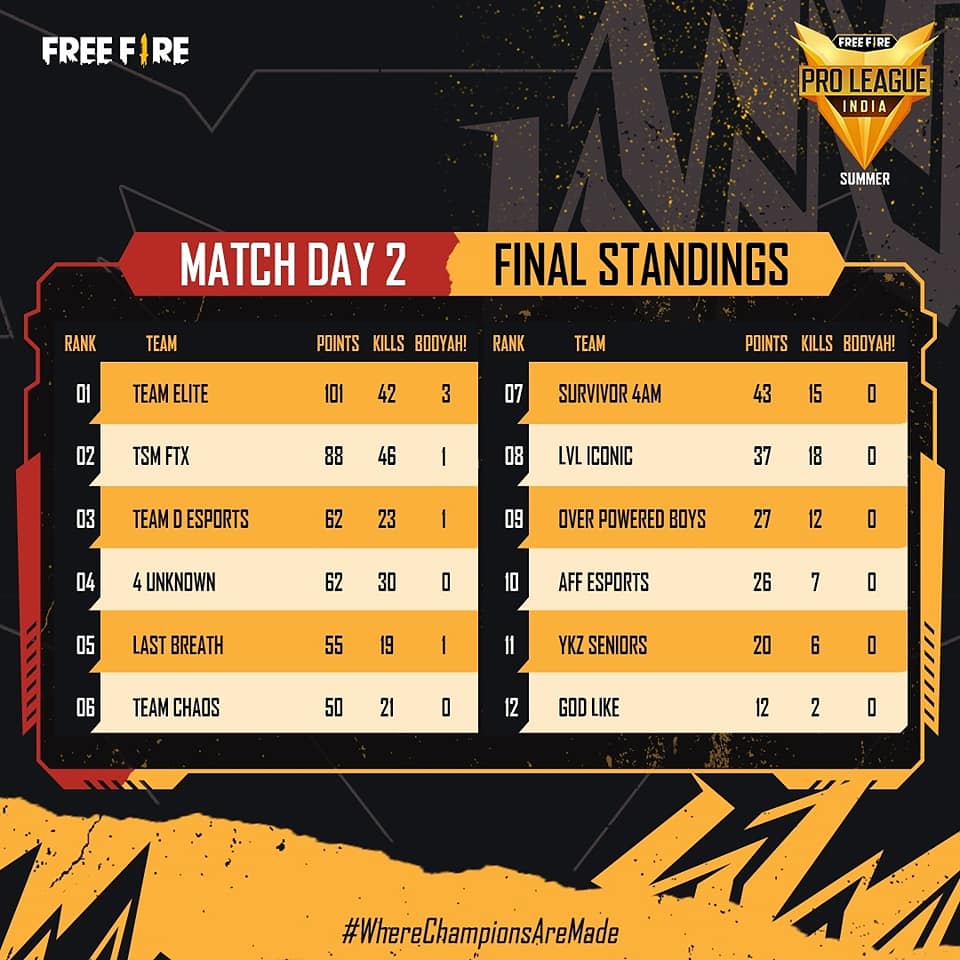 Total Gaming and Galaxy Racers have been dropping into the same locations in almost every map. They both dropped in Mill in Bermuda, Crossroads in Purgatory and in the north-eastern parts of Kalahari, like Shrines, Council Hall and Confinement. These are two top-tier teams who had bad games simply because they ran into each other right at the start of the games. Because they were busy beating each other up, they both lost players and resources at the start of most games, which put them at a massive disadvantage going into the rest of the match. As a result, both of these teams are still reeling from heavy losses, and are in bad spots. 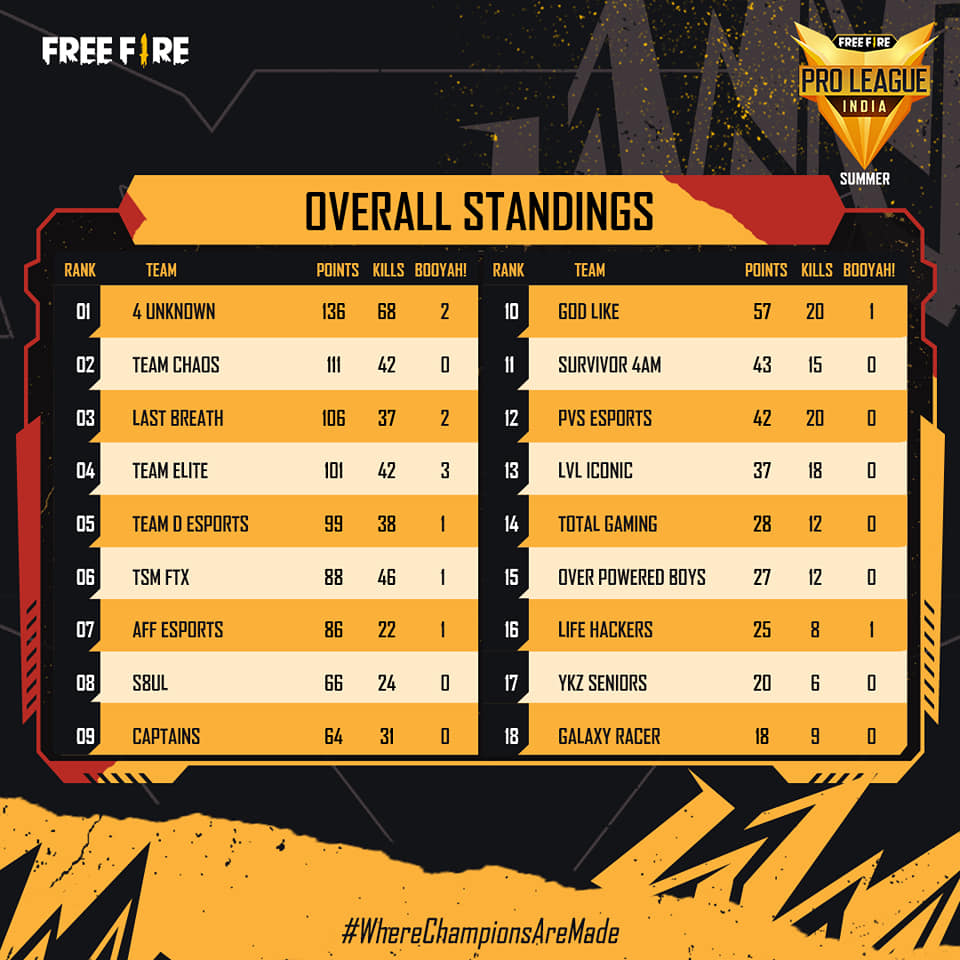 These were some of the coolest storylines from Week 1 of the Free Fire Pro League 2021 Summer. But more action will follow soon. Make sure you tune in to Week 2 of the FFPL starting on 3rd July 2021 at 6 PM IST on Free Fire Esports India Youtube channel. 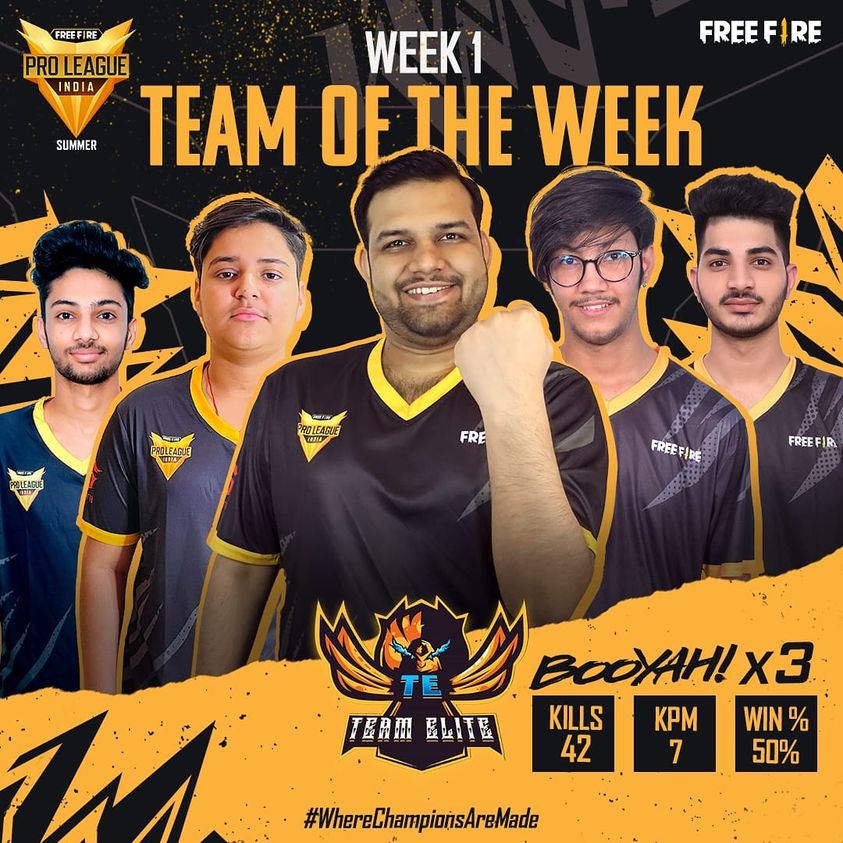