Put your hands together for the champions of the Free Fire Tri-Series tournament - Team SIXTH SENSE from India. They overtook the tournament favourites Team Elite in a nail-biting last game and turned the tides of war at the last minute to win this glorious championship.

At the start of the day, Team Elite had a head start of 14 points for being the top performer on the league stage. But they couldn’t hold onto that advantage for long enough. They faced a rather early exit at the very start of the tournament in the first game. Team Nemesis took advantage of this and moved towards Peak without worrying about lurkers. They did have to face teams like Sixth Sense and Galaxy Racers who were in a good position to cut off rotations, but they avoided all trouble and let the other teams kill each other, only to swoop in at the last moment and take the win. They maintained distance and the high ground advantage.

They also managed to clinch the 5th match in Purgatory. The circle closed towards fields and Nemesis wasn’t in the zone, but they took a longer rotation into the circle and avoided fights that were unnecessary. Once they reached the safe zone, they fired at will. But despite the two Booyahs, they only managed to get to third place. Other teams like Sixth Sense and Team Elite were more consistent than them. 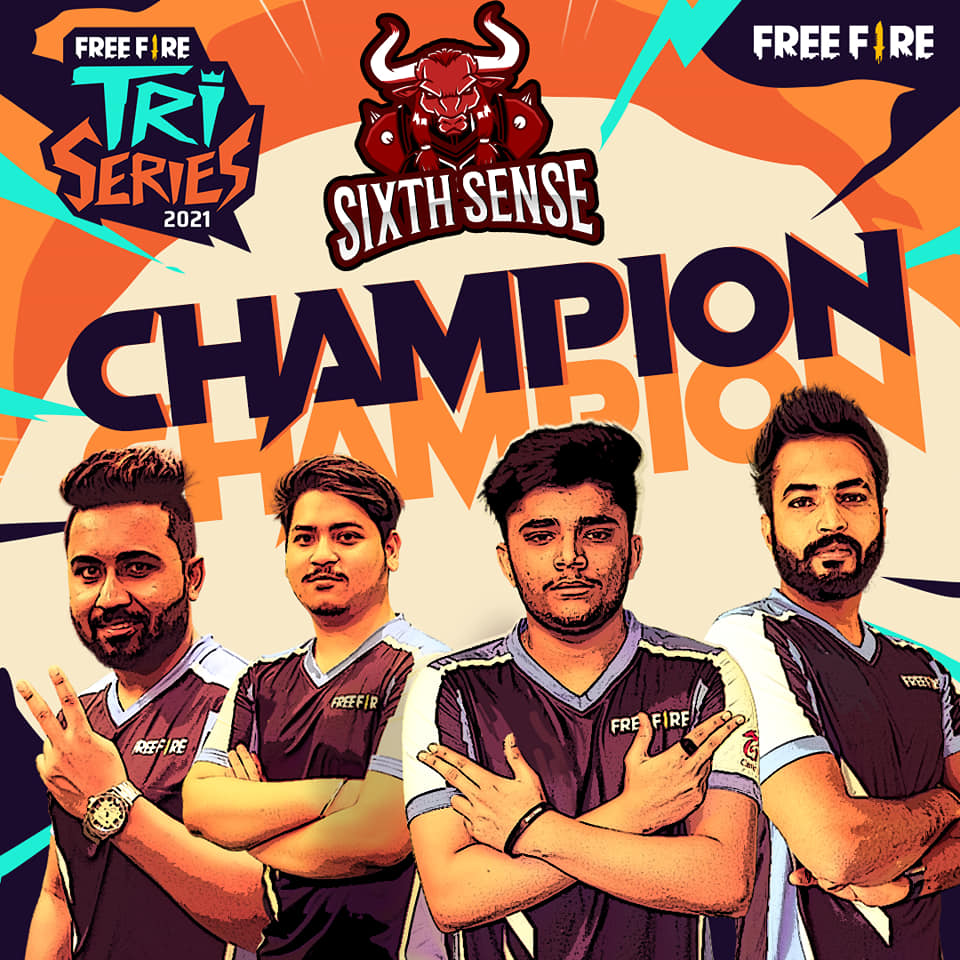 Team Elite try their best to win, but to no avail

Their early lead of 14 points did not help them in the first match, but the second game on Purgatory went their way. Iconic lit up the kill feed with his perfectly cooked grenades and Pahadi went berserk with the double-M82B setup. Even the nerf doesn’t seem to stop him from rocking that dangerous loadout. With the win secured, they took the lead on the points table and managed to hold onto it for long enough. But they did not rely on that win alone, they continued to rack up an insane number of kills. Pahadi proved that he is the best player in the country as he got 75 kills throughout the tournament. This makes him the MVP of the tournament by a huge margin.

They had a good buffer of points for the most part of the day. But by the time we got to the start of the sixth game, that entire buffer had vanished. Both Team Elite and Sixth Sense were tied at 79 points with just one map to go. There was a lot riding on that Kalahari game.

That being said, they did come close to getting a win several times. They had a top 3 finish in almost every game. This wonderful consistency earned them a huge amount of placement points. While their kill count wasn’t as high as Team Elite, it was just enough to put them on the same level before the final game began.

With both the teams tied at 79 points before the start of Kalahari, this could be anyone’s tournament. They knew that the only team standing between them and the trophy was Team Elite. They had a great presence of mind and used that information to figure out when to get into a fight and when not to. Halfway through the match, Sixth Sense came in close proximity to Team Elite. We all thought that would be the fight that determined the fate of the tournament. But Sixth Sense was smart enough to disengage from that fight when other teams started to third party. Galaxy Racer gatecrashed the party and tried to fight them both at the same time. Sixth Sense immediately sensed an opportunity and disengaged. They let Team Elite and Galaxy Racer duke it out. GXR eliminated Elite at 8th place. Now that their biggest competition was out pretty early, Sixth Sense knew they had it in the bag. All they needed to do was stay alive for as long as possible. They survived and got third place in that game, and those placement points got them far ahead of Team Elite. Thus they were able to overtake the tournament favourites and cause a massive upset.

Team Elite has performed well in the league stage but again failed to deliver in the finals. 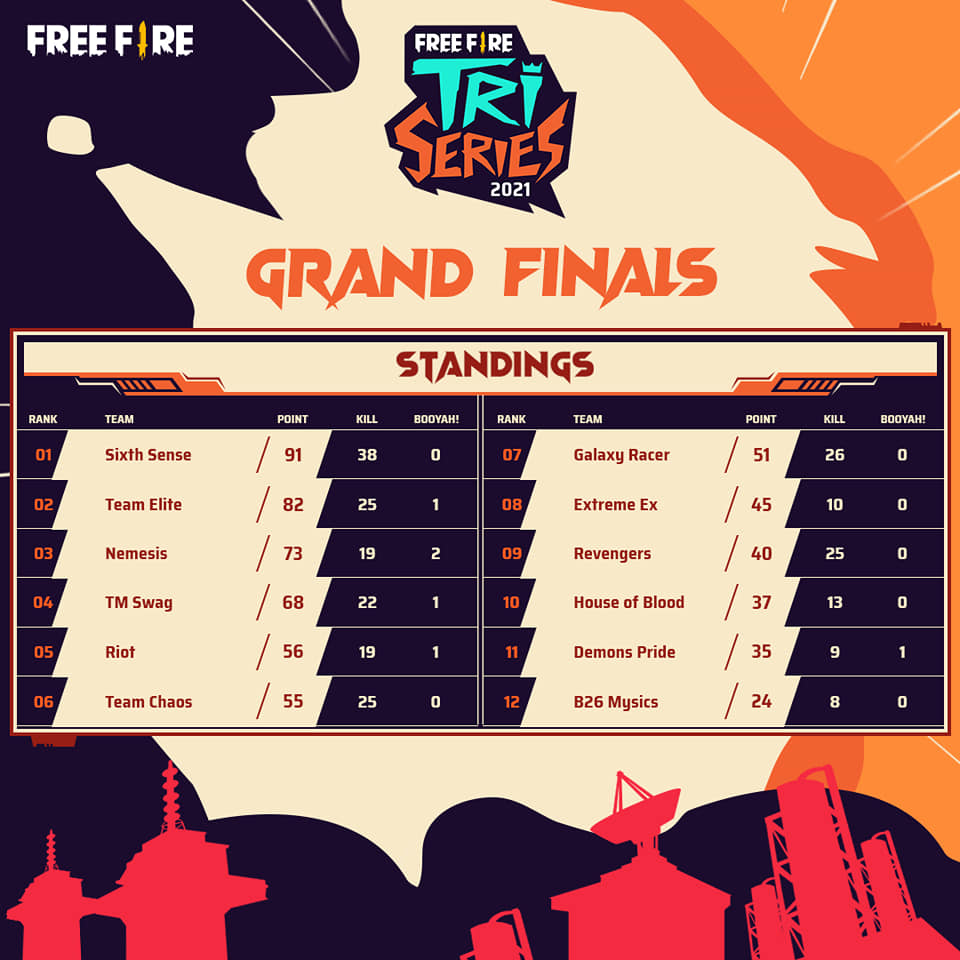 Sixth Sense displayed cunning judgment and maintained trigger discipline which helped them surge ahead of their opponents and get to the #1 spot. They are your winners of the Free Fire Tri-Series 2021. We congratulate them on their splendid performance.