The grand finals of the Free Fire Tri-Series is now upon us and there is a small change in the schedule. The tournament will now be played on April 24 ie later today with matches kicking off at 14:00 IST. The two weeks of play have all boiled down to this with the top 12 teams now set to clash for the title of best Free Fire team in the sub-continent.

The following teams will be a part of the Free Fire Tri-Series Grand Finals:

The tournament features a huge prize pool of 50,000 USD which means there’s more than just bragging rights at stake. Tune in to the  Free Fire Esports India YouTube channel tomorrow to find out which team will walk away as the champions of FFTS. 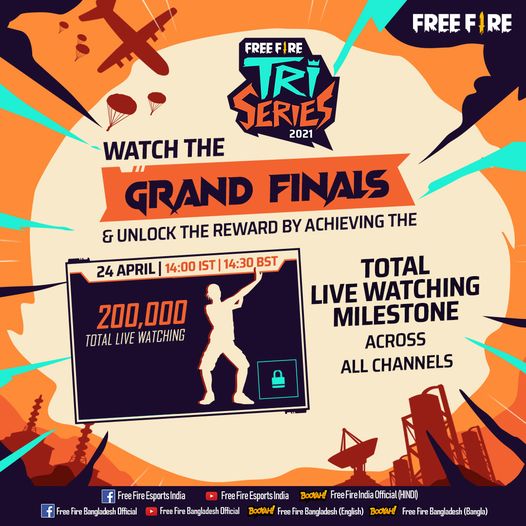