There’s a lot that a team needs to do in order to be successful at the Free Fire Tri-Series tournament. Not only does the team synergy need to be on point, everyone needs to put their best foot forward and contribute as much as they can to the team. That being said, let’s take a look at some of the most impactful players from the first week of Free Fire Tri-Series. These players are on the top of the leaderboard on the basis of their kills and damage statistics.

Naturally, the first thing you will notice is that three out of the top five players belong to Team Elite. This is a statement in itself. A bold declaration that Team Elite is here to click heads and claim booyahs! There is a reason why Team Elite sits on the top of the table with 199 points. It’s because almost all of their players are popping off and are getting kills left right and center. Other than them, there are few players from other region's teams as well. Without further ado, let’s see what they bring to the table.

Starting off on fifth place on our list is Mehedi from Extreme EX with 17 kills and 5796 damage.

At the start of the tournament, Bangladeshi teams like TM Swag and Extreme EX performed really well. They were one of the first few teams to secure wins. That win on the very first day of the tournament is what enabled Extreme Ex to pick up an early lead. Mehedi played an important role by holding off the entire right side of the circle and creating space for his team. However, that was the only game that they managed to win so far. In the other games, while they had high placement points, they did not really have any wins. The few extra points that came from kills were mostly from Mehedi. The team has 40 kills so far, almost half of which have been courtesy of Mehedi.

In fourth place is Danny from House of Blood. Hailing from Pakistan, he has been a force to be reckoned with, and one of the main reasons behind his team’s success. Most Pakistani teams did not have a good start on the first day of the tournament. On Day 2, House of Blood started to get decent results and good placements. But more than that, they were starting to get comfortable with the level of aggression of the lobby. That’s when Danny and co also started fragging more. By the time we got to day 3, he was feeling comfortable and confident. This is when they also started to push the envelope and initiate fights rather than just waiting for a third-party opportunity. Once they got in the groove, they would not only initiate but also fend off all other third parties. 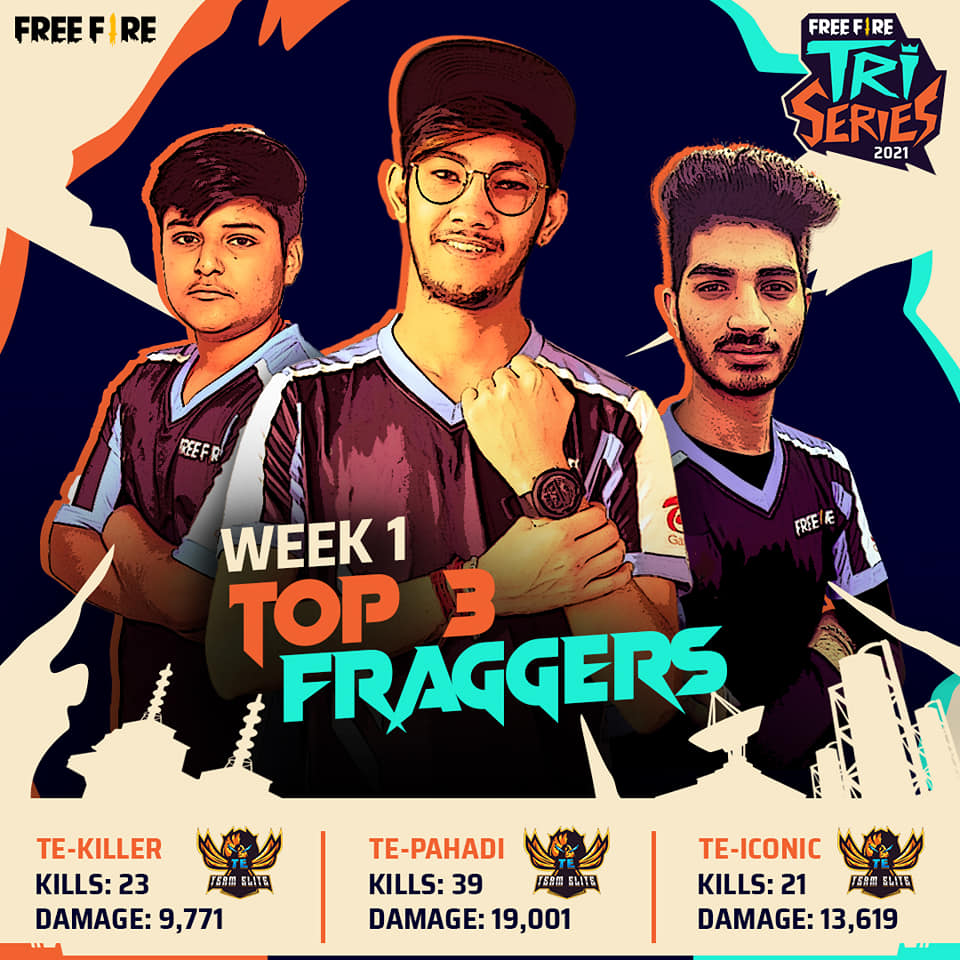 With three of Elite’s members in this list, it’s hard to point out the heroics of one person when the entire team is firing on all cylinders. For Iconic, it’s safe to say that he has established himself as one of the most consistent players in the support role. He has 21 kills and 13619 damage this week. He was an absolute beast with the grenades, often carrying most of the explosives in the team. With his barrage of utility, he bought plenty of room for his team to make the plays they wanted to. He is also lethal with the M1887 which continues to be his iconic weapon.

Coming in with 23 kills and 9771 damage, Killer is the second on our list. He has more kills than Iconic because Killer is a more aggressive player who fights more often. Whereas Iconic has more damage but fewer kills because of his more laid back and supportive approach. Although he did clutch out a 1v1 against Sixth Sense in the first match of Day 2, which was pretty important for his team when Iconic fell. Killer’s weapon of choice this week has been the M14. This weapon has helped him deal a tonne of damage at long range, and because of the higher fire rate, he can use it for suppressive fire too. The best part? He is able to win duels with the M14 even in closer ranges, where his opponents with XM8s or AK47s might have an advantage.

The man, the myth, the monster. Pahadi sits on the tippy top of the frag mountain as the undisputed king. He has 39 kills and 19001 damage. This is an absolutely mind-blowing figure, having almost double the number of kills than the second ranked guy. Nobody comes even close to him in terms of domination. He alone has more frags than some of the teams here.

He has been a beast with the bolt action sniper rifles like AWM and M82B, dishing out an insane amount of damage even at close ranges. He is probably one of the few people that aren’t afraid of running a double bolt-action loadout, and still win duels against shotguns and double-vectors at close range. We expect to see a lot more from him in the upcoming week.

These players have been on a roll in the first week of the Free Fire Tri-Series. But will they be able to keep up the same level of domination in the upcoming week? The second week of the tournament starts on 16th April, and at the end of this week we will find out who are our top 12 finalists.

Make sure you do not miss the live-action by tuning into the stream at 14:00 IST on our Free Fire Esports India YouTube Channel. 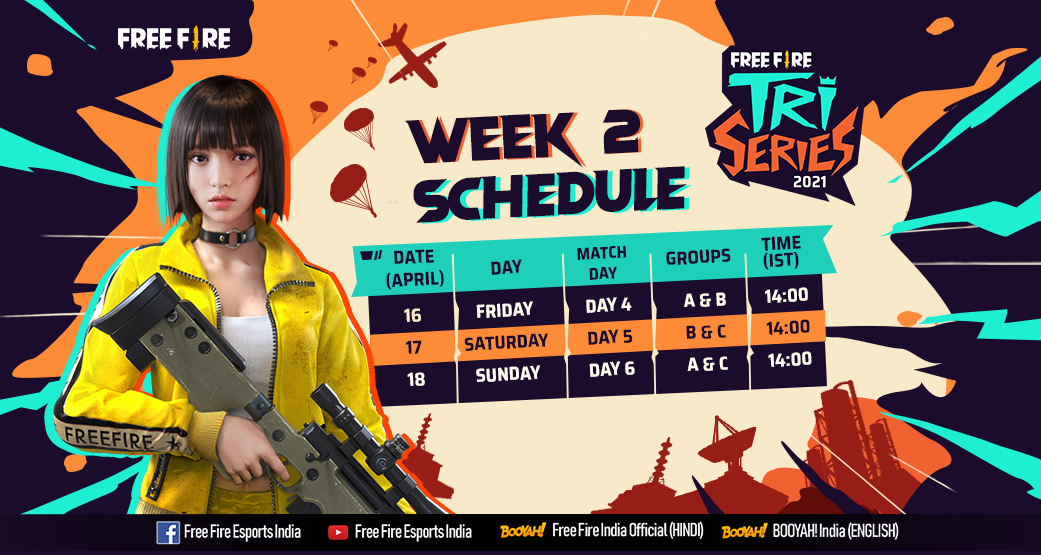