We are all set to kick off the Free Fire Tri-Series that looks to be one of the most exciting competitions for South Asia in recent memory. The $50,000 tournament is not only high stakes and has an interesting format, it also is a great platform for teams ahead of the much-awaited World Series in Singapore. The tournament will feature a league stage, and a Grand Finals with the top 12 teams from the league moving on. There will be no Play Ins stage, which means that the stakes are as high as it gets.

Group stage matches will be played across 2 weeks. 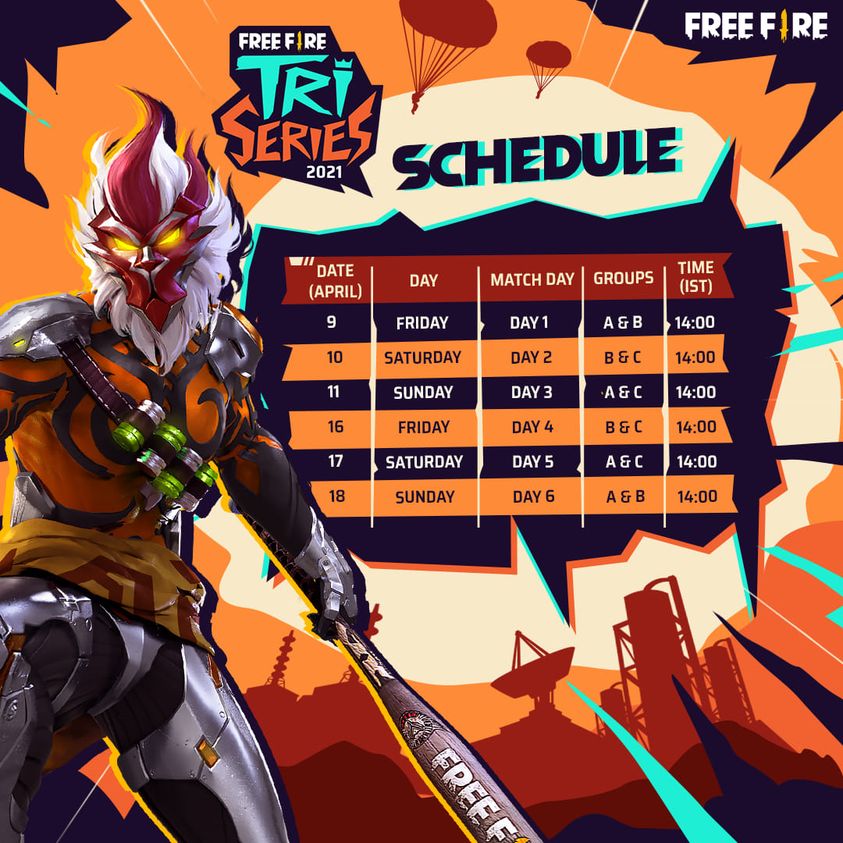 The 18 teams have been placed in the following three groups. Each group will play the other twice over two weeks. At the end of the group stage, the top 12 teams will be directly seeded in the grand finals.

The group stage of the Free Fire Tri-Series kicks off on April 9 with matches going live at 14:00 IST on the Free Fire Esports India YouTube channel.